The collections of the Gallery of West Bohemia in Pilsen

Czech Cubism is one of the most important contributions of modern Czech art to world culture. These works, created approximately between 1910 and 1935, embrace painting, drawing, graphic art, collage, sculpture, architecture and applied art, and the movement’s leading lights – including painters Emil Filla and Bohumil Kubišta, sculptor Otto Gutfreund and architect Pavel Janák – were among the most exciting practitioners of Cubism anywhere in the world. The Gallery of West Bohemia is home to one of the most important collections of the best Czech Cubist art, painstakingly assembled since the early 1960s. The artworks included here have played a vital role in rehabilitating the avant-garde in a country where modernist art had suffered decades of political repression. As such, the collections of the Gallery of West Bohemia have been crucial to the revival of the domestic art scene in Bohemia and beyond, and continue to inspire contemporary Czech artists. This book, expertly compiled by Gallery Director Roman Musil and his team, introduces some of the finest works of Czech Cubism to an international audience. 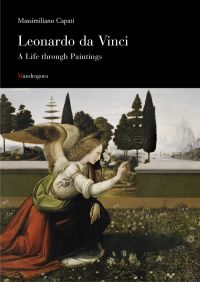 Face of Scotland, The: the Scottish National Portrait Gallery at Kirkcudbright