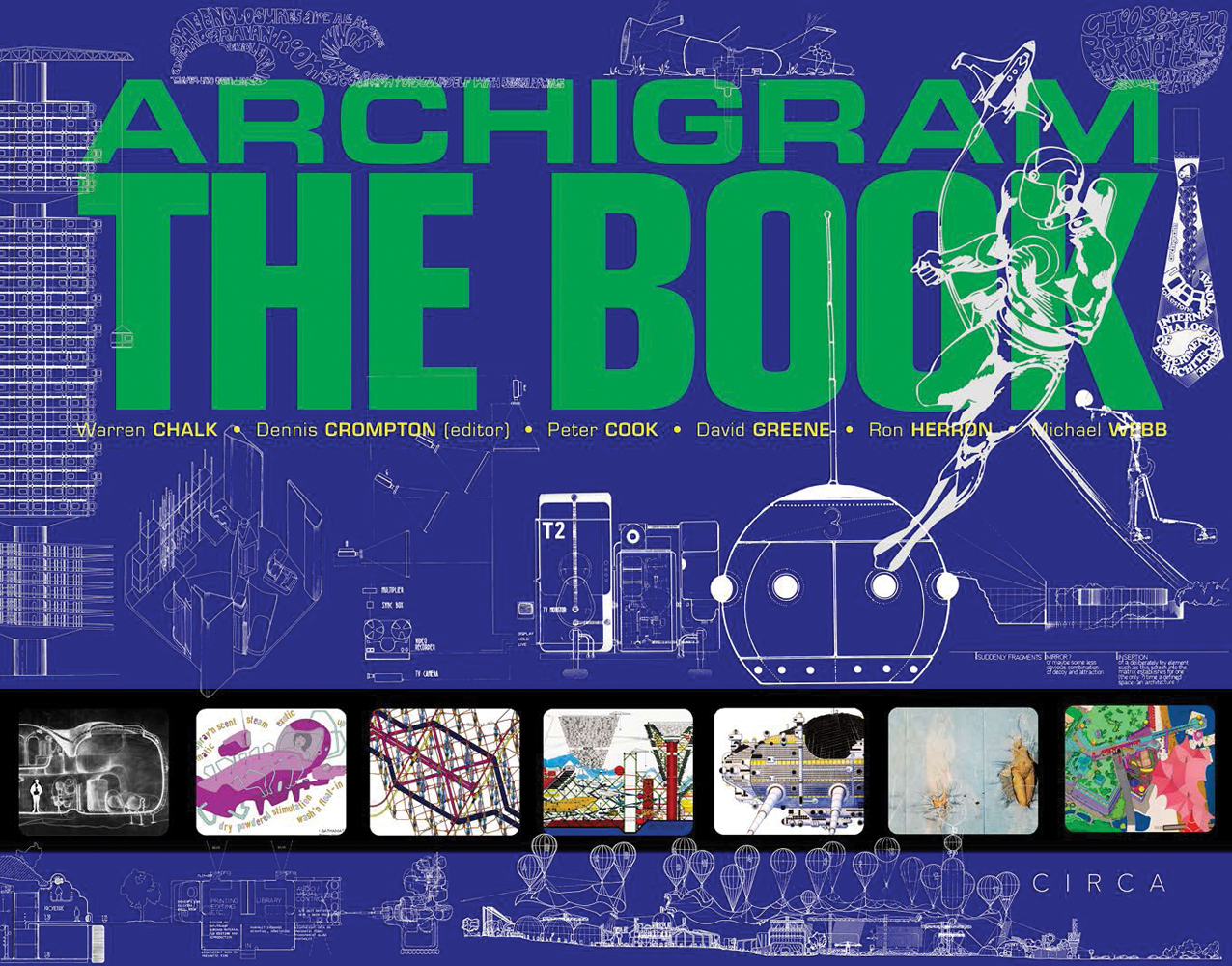 “Archigram’s ghost, a very colourful ghost, is everywhere.” – Jonathan Meades, London Review of Books Archigram comprised Warren Chalk (1927-88), Peter Cook (1936-), Dennis Crompton (1935-), David Greene (1937-), Ron Herron (1930-94), and Michael Webb (1937-). Together, in the 1960s and early 1970s, they envisioned the future of architecture in ways that enthralled a generation. In an era defined by the space race, they developed a ‘high-tech’, lightweight, infra-structural approach that stretched far beyond known technologies or contemporary realities. They devised autonomous dwellings and focused on survival technology; they experimented with megastructures and modular construction systems; they explored mobility through the environment, and the use of portable living capsules: all through the medium of an incredible series of drawings and models. Archigram’s influence has been profound and enduring. They gave the High-tech movement its impetus; they inspired architects such as Renzo Piano and Norman Foster; and they laid the ground for the design of buildings such as the Pompidou Centre. This book catalogues Archigram’s activities over fourteen years, together with commentaries by the architects and critics writing then and now. Edited and designed by Archigram member Dennis Crompton, it has been 40 years in the making. Contents: No Introduction Required – Michael Sorkin; Archigram: The Magazine – Peter Cook; Selected Projects 1961-74; A Clip-On Architecture – Reyner Banham; Archigram: The Opera; Death by Architecture – Martin Pawley; Index of Projects.

Warren Chalk, Peter Cook, Dennis Crompton, Ron Herron, David Greene and Michael Webb are the founder members of Archigram. Their theoretical work began in the 1960s as a cry against "the crap then going up in London". Although they never constructed a building together, their influence over a generation of architects continues to be felt today. The group was awarded the RIBA Gold Medal in 2002. Reyner Banham was one of the leading architectural commentators in the decades when Archigram was active, and the author of Megastucture (1976), which featured their work. Martin Pawley documented the architectural scene in London from the 1970s onwards from the perspective of a restless insider. His writing about Archigram is incisive and colourful. Michael Sorkin is an architect and urbanist whose practice spans design, planning, criticism, and teaching. His books include Exquisite Corpse: Writing on Buildings (1991).