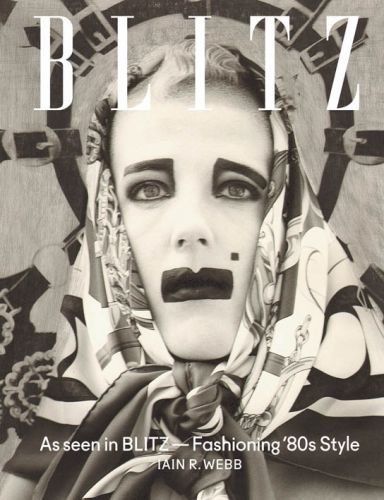 As Seen in Blitz

Amazon UK Book Depository Bookshop UK Hive Waterstones
Log in to add this to your wishlist.
Share This Book...
Full Description
“BLITZ provided a beautiful flamboyance in the ’80s… When you and I met up it was an eye-opening moment for me. You showed me a life that was different to how I had perceived it.” Nick Knight “BLITZ completely changed the perception of beauty. There were no chocolate box girls in BLITZ, just lovely edgy young things who depicted the age and a different mood in how people viewed beauty.” Carole White, co-founder of Premier Model Management “Like the lightning in its name, it struck us in 1980 and kept us spellbound the whole decade. ‘Too fast to live, too young to die’, that is BLITZ for me. Every month we would run to the news stand to be ‘BLITZed’ with irreverent, glamorous, chic and iconic images. BLITZ was Iain R. Webb’s brainchild that corresponded perfectly to the era; it was one of its best expressions. He used emblematic faces that were so inspiring, and that I used for my shows, like Martine Houghton, who later became a photographer. BLITZ, we miss you but we are ready for your attack again!” Jean Paul Gaultier In London at the start of the 1980s, three new style magazines emerged to define an era. It was a time of change: after Punk, before the digital age, and at the dawn of a hedonistic club scene that saw the birth of the New Romantics. On the pages of BLITZ, The Face and i-D, a new breed of young iconoclasts hoped to inspire revolution. As BLITZ magazine’s fashion editor from 1982-87, Iain R. Webb was at the centre of this world. His images manipulated fashion to explore ideas of transformation, beauty, glamour and sex. The magazine’s arresting, subversive fashion pages, and its profiles of disparate designers and creative types, let the imagination run free. Lavishly presented here are over 100 BLITZ fashion stories, with unseen archive content, original images and tear-sheets. A separate section features original BLITZ interviews with the key designers, and a vast amount of completely new material: Iain R. Webb has gathered the memories of those involved into a gripping oral history of an under-documented time.