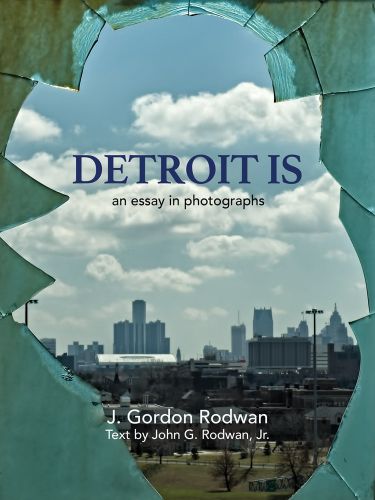 Amazon UK Book Depository Bookshop UK Hive Waterstones
Log in to add this to your wishlist.
Share This Book...
Full Description
About the Author
J. Gordon Rodwan is a prize-winning photographer whose work has been displayed in the Scarab Club, the Detroit Artist Market, the Birmingham Community House, the Grosse Pointe Arts Center and other galleries as well as in private collections throughout Michigan. As a twenty-year-plus member of the Photographic Guild of Detroit, he is a frequent judge and photography critic for that organisation as well as the Greater Detroit Camera Club Council and the Photographic Society of America. For several years, he has served as a photography mentor in Focus: HOPE's "Focus on the Mission" program. He is an active member of the Lawrence Street Gallery. His photographs have appeared in publications including The American Interest, Belt Magazine and San Pedro River Review. A graduate of both Kalamazoo College and the University of Michigan, he has lived in Detroit for more than forty years. John G. Rodwan, Jr., is the author of the essay collections Holidays and Other Disasters and Fighters & Writers as well as the chapbook Christmas Things. His poems and nonfiction have appeared in journals such as Blood and Thunder, Concho River Review, Cream City Review, Jazz Research Journal, Midwestern Gothic, Pacific Review, Pea River Journal, Red Earth Review and Trickster. A graduate of both Kalamazoo College and Wayne State University, he has lived in Geneva, Switzerland; Brooklyn, New York; and Portland, Oregon, as well as his hometown of Detroit, where he currently resides.
Specifications