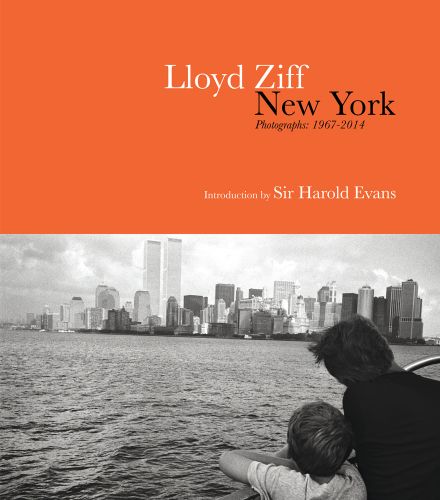 Amazon UK Book Depository Bookshop UK Hive Waterstones
Log in to add this to your wishlist.
Share This Book...
Full Description
New York is an engaging collection of photographs taken of one of America and the world’s most fascinating cities as seen through the eyes of photographer, art director and award-winning designer Lloyd Ziff. Shot over the last 4 decades in classic black and white and contemporary colour photography, Ziff’s New York captures the changing landscape of the city’s architecture, streets and people as only a seasoned New Yorker can. “Lloyd and I go back over forty years, and his photographs, like Lloyd, are kind of shy. They seem to focus ultimately on the infinite, the horizon line. I own at least two of Lloyd’s pictures, and I keep them with me, usually by a window because the photographs themselves are picture windows; they view a life of romance, escape and optimism. They give me a way out. I love Lloyd for most of the same reasons.” – Annie Leibovitz

“To be frank, who would have known Lloyd would be a master in the light touch. Real open and breezy, lots of room for people to get lost. When I look at them, I feel all warm. They make me want to go home.” – Diane Keaton

“These pictures are about seeing clearly and about the relief and comfort that photographs can summon up, after the colour and the clamour of commerce is left behind.” – Marvin Heiferman, photography curator and author

“Ziff ranges freely. Unconfined by time or subject, he randomly enriches our idea of what the city represents.” – Sir Harold Evans
About the Author
Since 2000, Lloyd Ziff has made photography the sole focus of his career. He has had one man shows in New York City at Danziger Gallery and Robin Rice Gallery, and Earl McGrath Gallery in Los Angeles. His book of photographs, Near North, Photographs of Alaska and The Yukon, was published in 2010, and his photographs have been included in Patti Smith's autobiography, Just Kids, and the anthologies American Photography, Graphis Photography, and The Spirit of Family, by Al and Tipper Gore. Ziff's photographs are included in the permanent collections of The Palm Springs Art Museum, Palm Springs, California, and The International Center of Photography, New York, New York, as well as having been published in many of the world's most prestigious magazines including Blind Spot, The New York Times Magazine, Conde Nast Traveler, Interview, Kid's Wear (Germany), LA-The Los Angeles Times Magazine, New York, Rolling Stone, Vanity Fair, and Wired. Before he became known as a photographer, Ziff was an award-winning art director/design director of magazines, including Vanity Fair, House & Garden, Conde Nast Traveler, New West, and Rolling Stone. Ziff taught magazine design, photography, and illustration at Art Center College in Pasadena, California, The School of Visual Arts in New York City, and for 13 years at Parsons School of Design in New York City. In 1999, he was elected to the Board of Trustees of Pratt Institute in Brooklyn, New York, his alma mater (1967).
Specifications