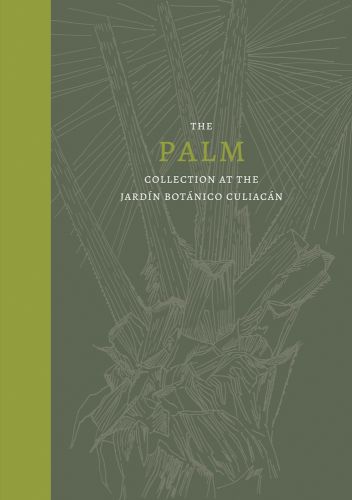 Collection at the Jardín Botánico Culiacán

The relationship between palms and humans has been very close since the beginning of ancient civilisations and this relationship shows no signs of diminishing. Palms are as relevant today as they were for the ancient Aztecs, since they have always provided food, shelter, materials and medicines. The Culiacan Botanical Garden recognises the importance of palms for humans and has worked on obtaining and protecting various species. This collection is one of the largest in Mexico.

Each entry includes the common name of the species, other names by which the palm is known, its scientific name, conservation status and geographical distribution. It also mentions the habitat, its main characteristics, the relationship it has with others species and how it arrived at the Botanical Garden.

This volume offers a selection of images with details of the leaves, the fruit, the trunk and the flower. There are also illustrations by the artist Sofía Táboas about the species in the nursery.

About the Author
Clementina Equihua has a PhD and specialises in scientific journalism. She has advised and worked on the conceptualisation of various science museums in Mexico City. She has also taught courses and workshops to disseminate science at a higher level. In addition, she is an expert botanist in ecology of tropical bryophytes.

Scott Zona is a doctor specialising in sabales, botanist, researcher, teacher and writer. He was curator at the Wertheim Conservatory of the Florida International University, and he also worked as a palm biologist at the Center for Tropical Plant Conservation of the Fairchild Tropical Botanic Garden. His research focuses on the taxonomy of collections, conservation and horticultural science.
Specifications