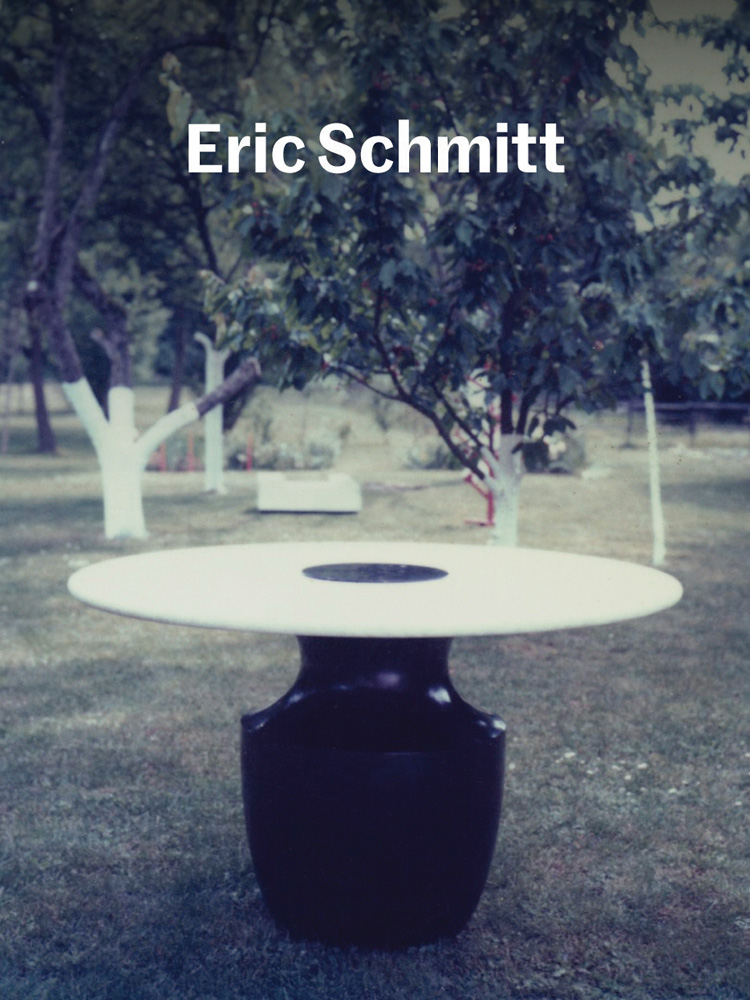 “My work is a result of the sculptor I almost am, the architect I would like to have been and the designer I am not entirely.” Eric Schmitt. Eric Schmitt, born in 1955, makes objects in the grand tradition of the decorative arts. His unique creations of precision and laconic luxury were first shown in the mid-1980s by VIA, prior to being edited by Néotù and Pierre Staudenmeyer, and by En Attendant les Barbares. Experimenting with the contrast of materials – glass and steel, marble and Corian, slate and parchment – his supple forms manifest a constant tension of one kind or another, whether between thick and thin, transparent and opaque, solid and fragile, dark and colored, silent and sonorous. With pieces of his mentioned by Bret Easton Ellis in American Psycho, Eric Schmitt has worked with the leading editors in design around the world: Christian Liaigre, as well as the Dutko, Ralph Pucci, Cat-Berro, and IBU galleries, to name a few. Text in English and French.