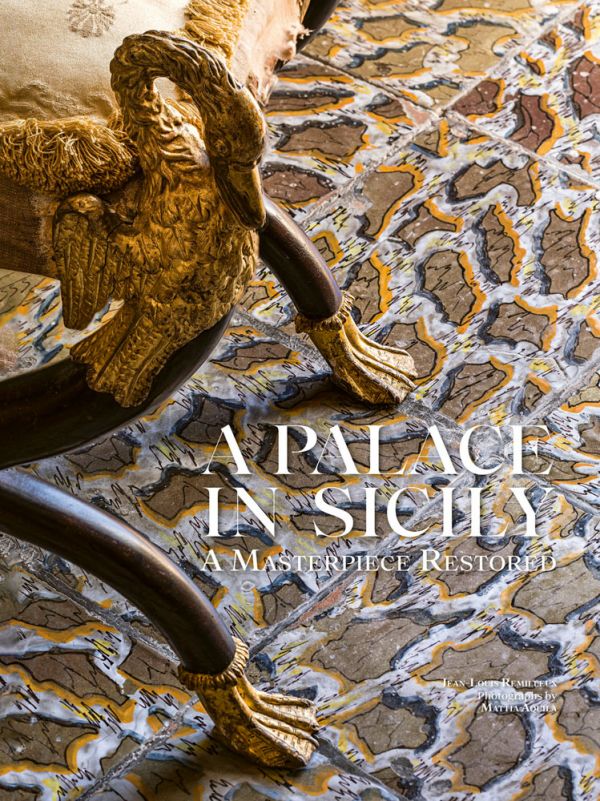 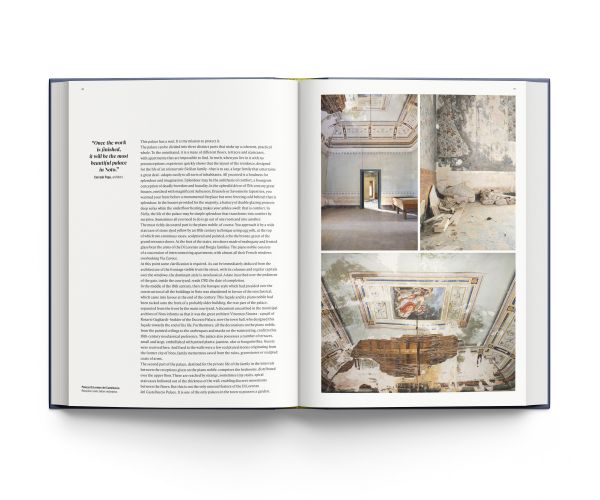 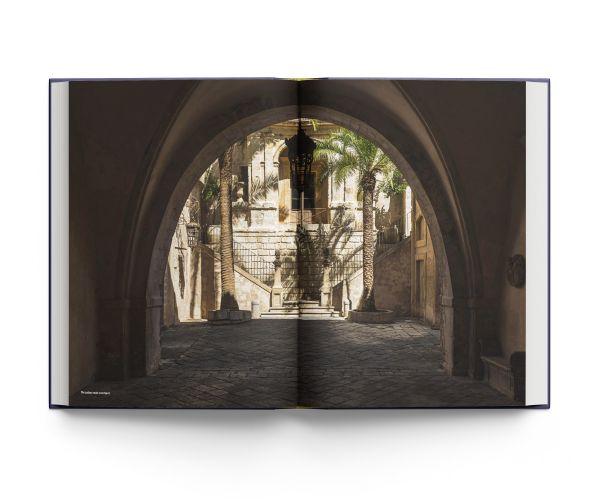 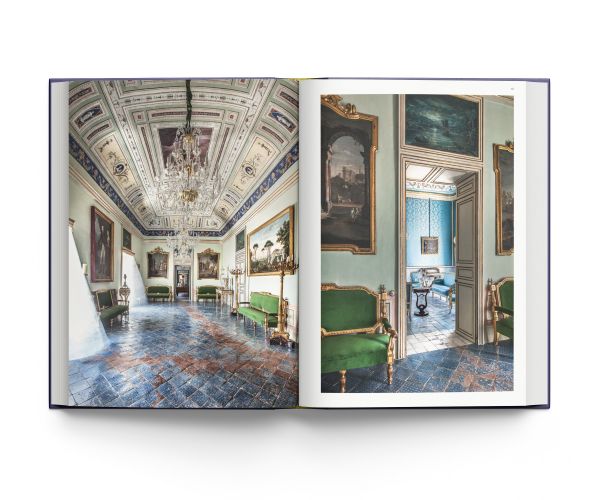 A Palace in Sicily

“A jewel of Baroque architecture, the Castelluccio Palace is the spotlight of a beautiful book retracing its history, its long restoration and its precious ornaments. These photographs reflect the Sicilian Golden Age.” —Fanny Guenon des Mesnards, AD France

“This monograph is an invitation to visit the Palazzo Di Lorenzo del Castelluccio.”—Italian Vogue

“A Palace in Sicily: A Masterpiece Restored doesn’t just pull back the curtain on the finished palace, it details the four-year-long process through an elaborate array of photos…” —Architectural Digest, and Yahoo

With its sun-drenched sands and Mediterranean waters, Sicily has been a favored destination of travelers for centuries. History is alive on this island, from ancient accounts of the Greeks, Romans, Arabs and Normans; to the journals of wealthy young European men embarking on the Grand Tour. This book captures the sun-steeped aesthetic of the island, while detailing the restoration of one of its finest attractions: the Di Lorenzo del Castelluccio palace.

Marquis de Castelluccio was one of the last “servals” or “leopards” of Sicily – wealthy aristocrats who flooded the island with luxury. Following his death, his home fell to ruin. A half-century later, Jean-Louis Remilleux fell in love with this dilapidated 18th-century palace and made it his mission to restore it. Unveiled for the first time in this beautifully illustrated book, the Di Lorenzo del Castelluccio palazzo is one of the finest testaments to Sicilian architecture and art.

Today, lush green palm trees welcome you to the palace’s imposing front façade. Frescoes, arabesques, masks, imitation marble, ceilings and wainscoting have all restored to their former glory, over decades of elaborate work. This book charts the restoration process and celebrates the astonishing end results. It contains an album’s worth of photographs that capture the beauty of this palace beneath the Mediterranean sun.

Jean-Louis Remilleux is the television producer behind “Secrets d’Histoire”, a popular French show that delves into mythical characters from history. He has authored several interview books with figures such as Jacques Vergès and Michel Serrault. In addition to the Di Lorenzo del Castelluccio palace, his passion for art and history has led him to restore the castle of Groussay, in Montfort l’Amaury, and the castle of Digoine, in Burgundy. He is an “Honorary Citizen” of Noto, where the Di Lorenzo del Castelluccio palace is located.