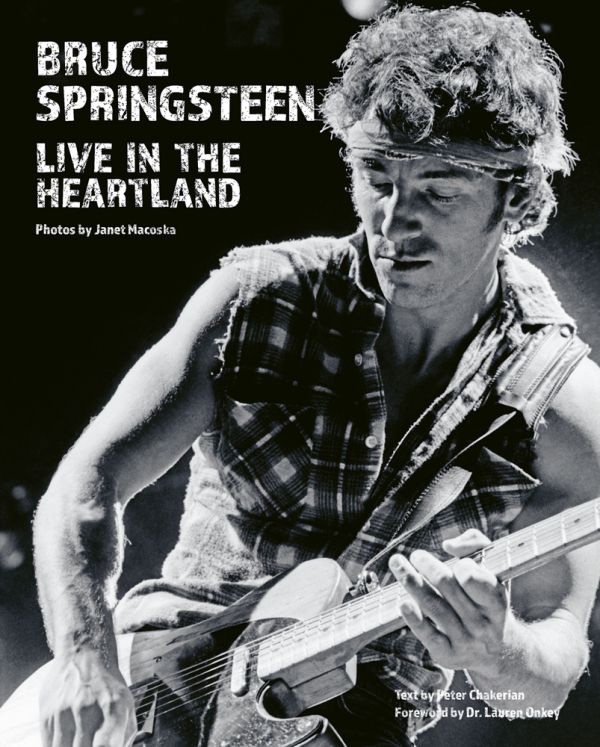 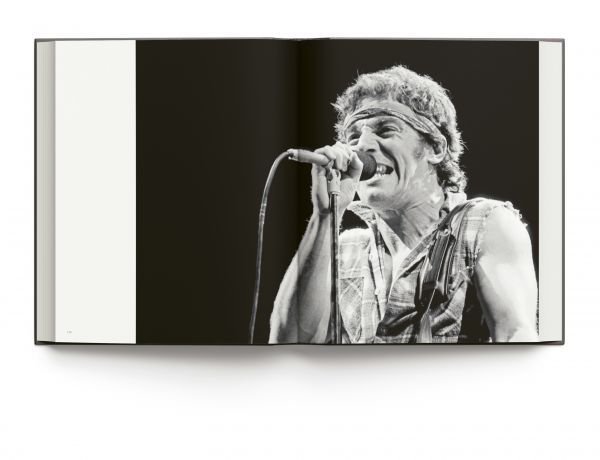 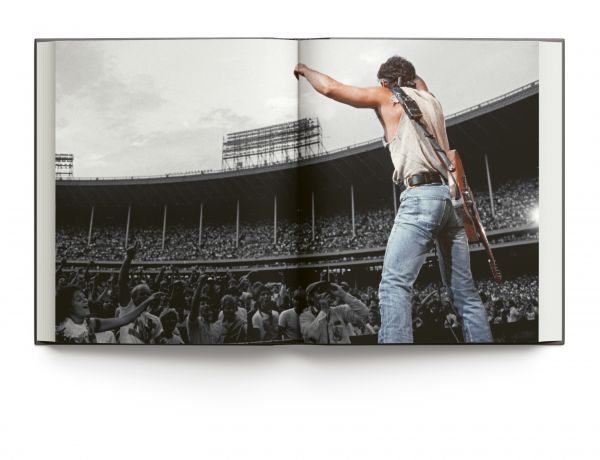 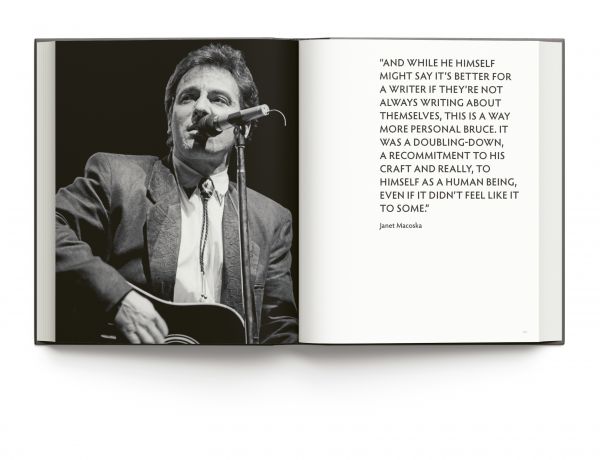 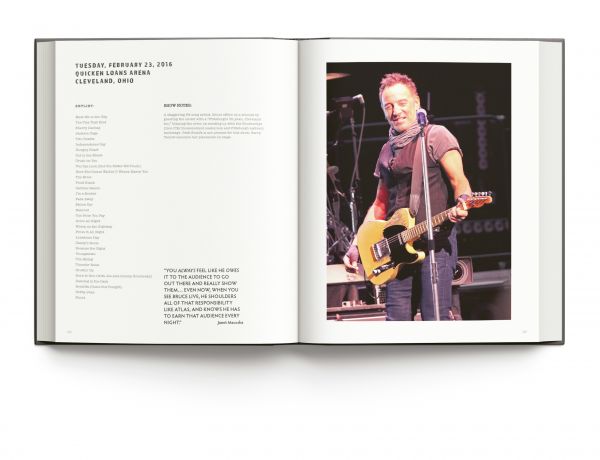 “Bruce Springsteen in All His Rock Star Glory.” —Janet Macoska, The Daily Beast

“Two careers were born on that cold night in 1974. Macoska would blossom into one of the most notable rock ‘n’ roll photographers of the last 50 years. And Springsteen was on his way to becoming The Boss.” —Jay Crawford and Meg Hambach, wkyc3

“…Live In The Heartland covers almost five decades of touring from The Boss, and also includes set-lists and corresponding editorial content. The majority of the photos are previously unseen.” —Classic Rock Magazine

“… an energetic and moving visual tour that records the romance between The Boss and the Cleveland stages.” —GQ Mexico

From the early beginnings in 1974 to the seminal Born in the USA – one of the best-selling albums of all time – to the 2016 River Tour, the highest grossing tour of the year, Springsteen has a truly timeless appeal, captured here by lauded rock photographer, Janet Macoska. Macoska charts Springsteen through the ages. Through her lens we witness his enduring energy on the stage, from 1974 to 2016. Here is Springsteen at his finest: a down-to-earth superstar, whose powerful performances stand the test of time.

“Bruce would rip his heart out and give it to his audience. He put everything into his performance. He was all over the stage, and the whole rest of the band was in lockstep, complimenting that energy. It was going out to the audience in bundles. We were sending it back , too, and that’s really electric. That energy, those visuals? Photographers love that. It’s perfect to have something like that to photograph.” – Janet Macoska

About the Author
Since 1974, Janet Macoska has been capturing rock's greatest on film – and now in digital pixels. Among the publications who have used her photos are Rolling Stone, People, Vogue, American Photo, Creem, MOJO, NY Times and London Times.  VH1, Bravo, A&E and the BBC regularly use Macoska's vast archive in their "rockumentaries."  Her work is in the permanent collection of The Rock and Roll Hall of Fame, The Smithsonian Museum of American History, The National Portrait Gallery in London and in Hard Rock Cafe restaurants, hotels and casinos all around the planet.  David Bowie, Led Zeppelin, The Clash, DEVO, Heart, Hall and Oates, AC/DC and The Kinks are just some of the artists who have used her photos on their CDs. Today, Macoska shoots for The Rock and Roll Hall of Fame, The Hard Rock Rocksino Northfield Park, Tri-C JazzFest Cleveland, Playhouse Square Center, and for many corporate and music clients.  She often speaks at museums and universities about her career as a photographer in the music industry, and was inducted into the Cleveland Journalism Hall of Fame in 2017.