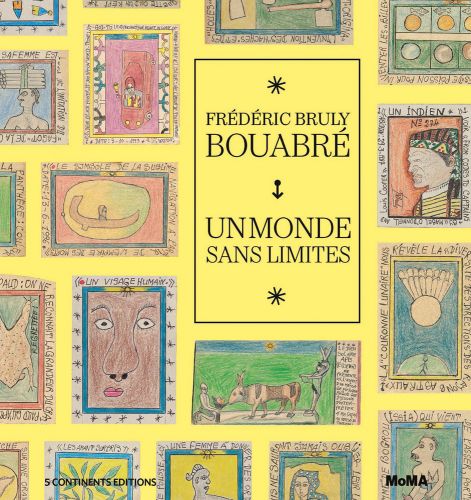 Frédéric Bruly Bouabré (Ivory Coast, 1923-2014) was a self-taught artist and one of the most relevant international voices of the second half of the 20th century, not only for his visual creation, but also thanks to his contributions to other cultural fields, such as poetry, philosophy, and essay writing. In 1948 he experienced a “revelation”: from that moment on, he called himself “Cheik Nadro” (he who does not forget) and he not only undertook a philosophical research into African reality and the meaning of life, but he also began creating a monumental work of art entitled Connaissance du monde. With pen and colored pencils on 10×15 cm (3.9×5.9 in) sheets of construction paper, he gave life to a sort of visual encyclopedia that grew richer by the day.

Another especially interesting work by this artist is Alphabet Bété, an alphabet made up of 448 monosyllabic pictograms intended to establish a connection between the European and African cultures and to inspire a sense of brotherhood.

These two extremely relevant works, as well as other series of drawings by the artist, are the central nucleus of this volume, which complements the exhibition at the MoMA in New York, Frédéric Bruly Bouabré: World Unbound. Bouabré has been featured in all the most prestigious international venues, from the Centre George Pompidou in Paris, to the Guggenheim Museum in Bilbao, from the Tate Modern in London to the Portikus in Frankfurt. He was also present at the 55th Biennale in Venice, at Documenta in Kassel, and at the Bienal in São Paulo.