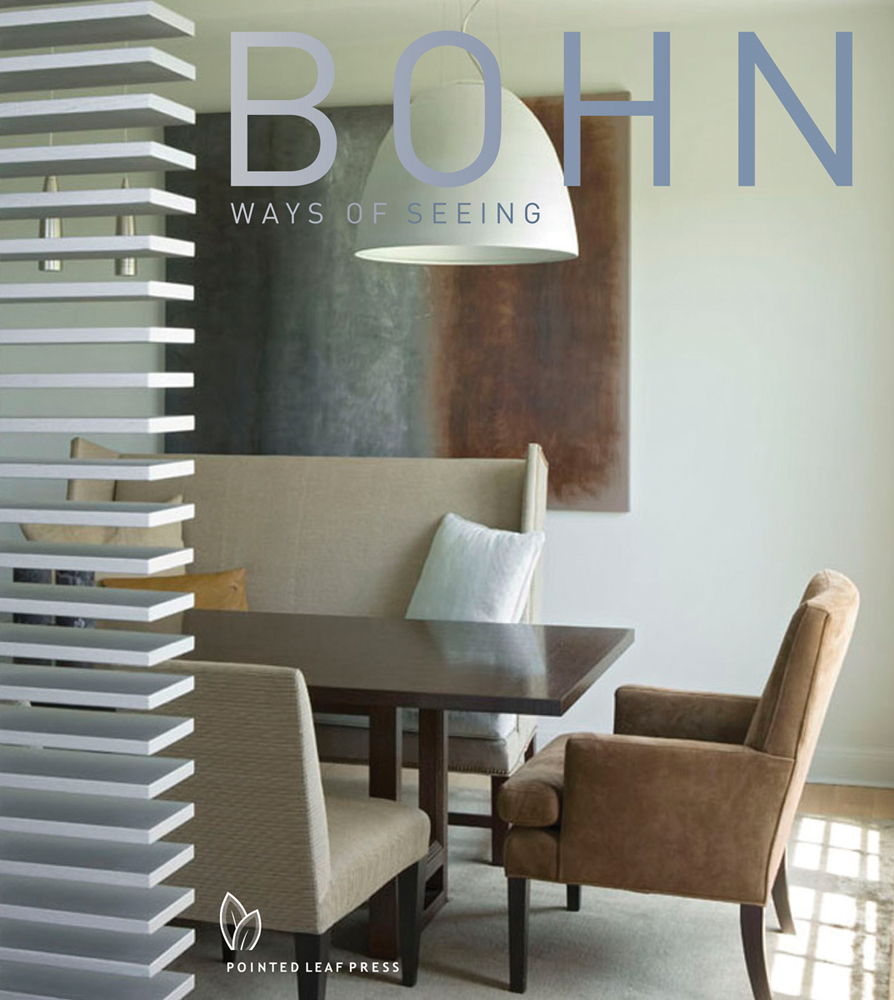 Introducing Laura Bohn, Ways of Seeing, the first monograph examining the career of this New York designer, Laura Bohn. Bohn uses her signature elements, unusual materials, and a distinctive color palette to create interiors that are both livable and softly modern. She will often set unexpected hues and shapes together to give her rooms a depth and richness, which is not easily replicated. Bohn is the founder and principal of Laura Bohn Design Associates, a New York-based international interior design firm. She is also the co-founder of The Designers Collaborative, a support group for top designers, as well as being a member of ASID and Decorators’ Club. She serves as a visiting critic at local design schools, and has taught at the Fashion Institute of Technology, Parsons School of Design, and the Pratt Institute. Bohn’s ability to forecast current design trends and interpret client’s needs has made Laura Bohn a New York design authority.
• A monograph on a leading voice of interior design: Laura Bohn, ‘Queen of soft-modern’• The foreword is by Cindy Allen, the editor in chief of Interior Design magazine• Laura Bohn’s set designs for the Year of the Dragon movie and Nurse Jackie (television show) are included in the bookLaura Bohn: Ways of Seeing is the first monograph on the residential work of the prominent New York–based interior designer. Born and raised in Texas, Bohn was an haute couture model in Paris before taking a degree at Pratt Institute where she studied with legendary modernist Joe D’Urso. After working for another design luminary, John Saladino, Bohn teamed with Joseph Lembo to form one of the 1980’s most creative and wide-ranging practices, for which she was inducted into the Interior Design Hall of Fame. Since founding her own firm in 1996, Laura Bohn has continued to produce distinctive interiors that combine a rigorous sense of architecture with a sensuous use of unexpected materials, shapes, and colors. A pioneer in the residential reclamation of Manhattan’s gritty industrial and commercial real estate—the loft conversion of a 1907 Beaux-Arts bank building is a signature project—Bohn is also known for creating idyllic country retreats and airy beach houses. “My work tempers the coolness of modernism with the warmth of classicism,” she says. “Interior Design magazine recognized what I do when it dubbed me the ‘Queen of Soft Modern.’ In other words, I’ve found my own way of seeing.”

About the Author
Laura Bohn, a graduate of Pratt Institute, has long played an active role in the design community. She is the co-founder of The Designers Collaborative, a support group for top designers, as well as being a member of both the ASID and Decorators Club. Laura also serves as a visiting critic at local design schools and has taught at the Fashion Institute of Technology, the Parsons School of Design, and the Pratt Institute. Laura has received two Roscoe awards for her fabric and wallpaper designs, and has been inducted into the Interior Design Hall of Fame.
Specifications