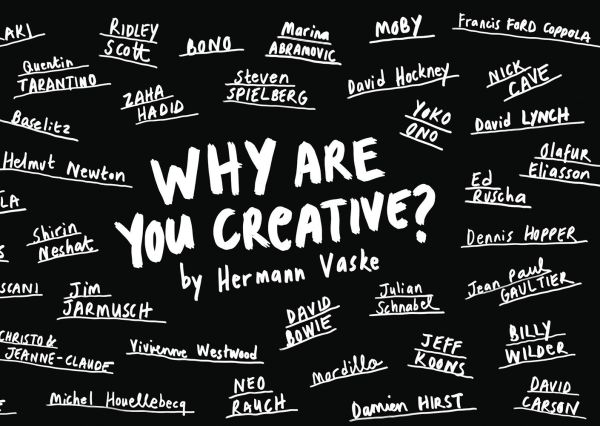 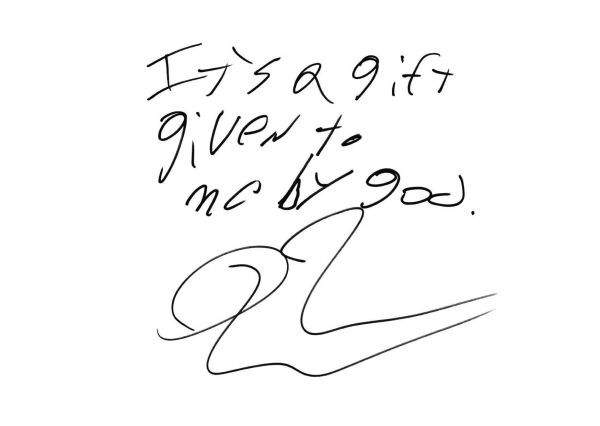 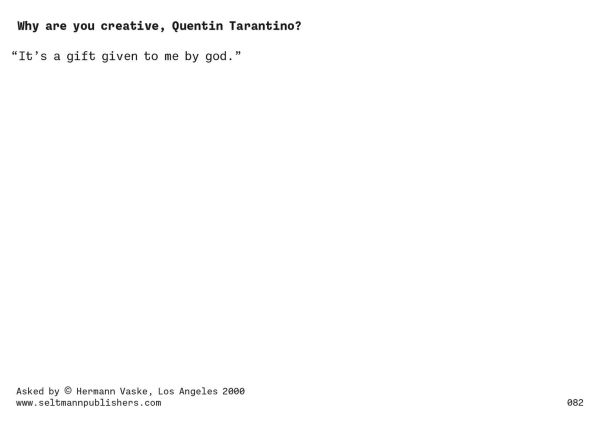 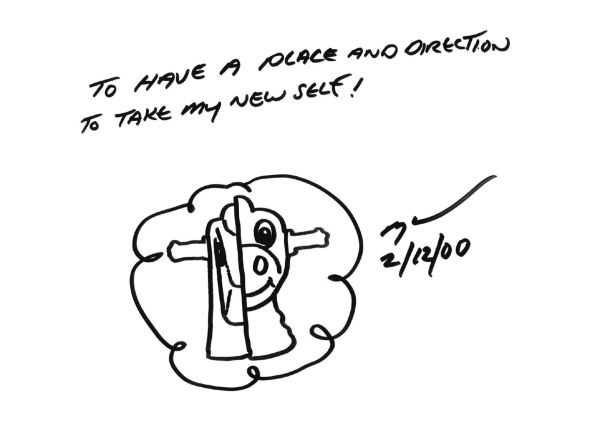 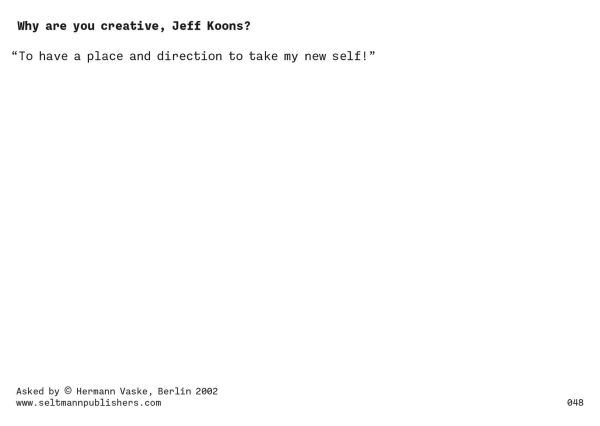 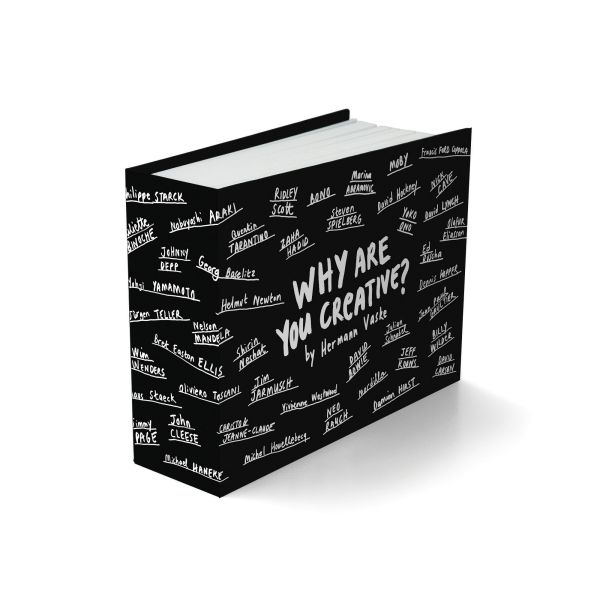 As part of a personal quest, director Hermann Vaske explored the genius behind the world’s most intriguing artists and thinkers for over 30 years. His interview partners include over 1000 luminaries, among them Academy Award and Nobel Prize winners, from the fields of visual art, music, acting, philosophy, politics, business and science, posing the question: “Why are you creative?”

All of the participants also created an artefact for the project — some very personal, some bizarre. Following the success of exhibitions across Europe, now, 100 of the most interesting, fascinating answers are compiled in this book.

Hermann Vaske is a director, author, and producer. As a director he worked with actors such as Dennis Hopper, Harvey Keitel, Sir Peter Ustinov and John Cleese. As a producer, he worked with artists such as Marina Abramovic, Shirin Neshat and Vivien Westwood and extraordinary human beings such as Nelson Mandela, Stephen Hawking and the Dalai Lama. His films have been shown in Venice, Cannes, Toronto and Palm Springs and won numerous awards. Including the Grimme-Preis, Germany’s TV Oscar, the Hessian Film Award, Venice TV Festival, Gold Clios, Cannes Lions and New York Festivals Film & TV Awards. The 500 Hidden Secrets of The Hague 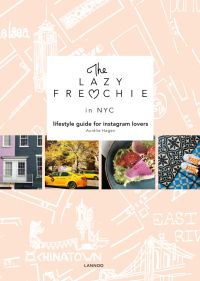 The Lazy Frenchie in NYC