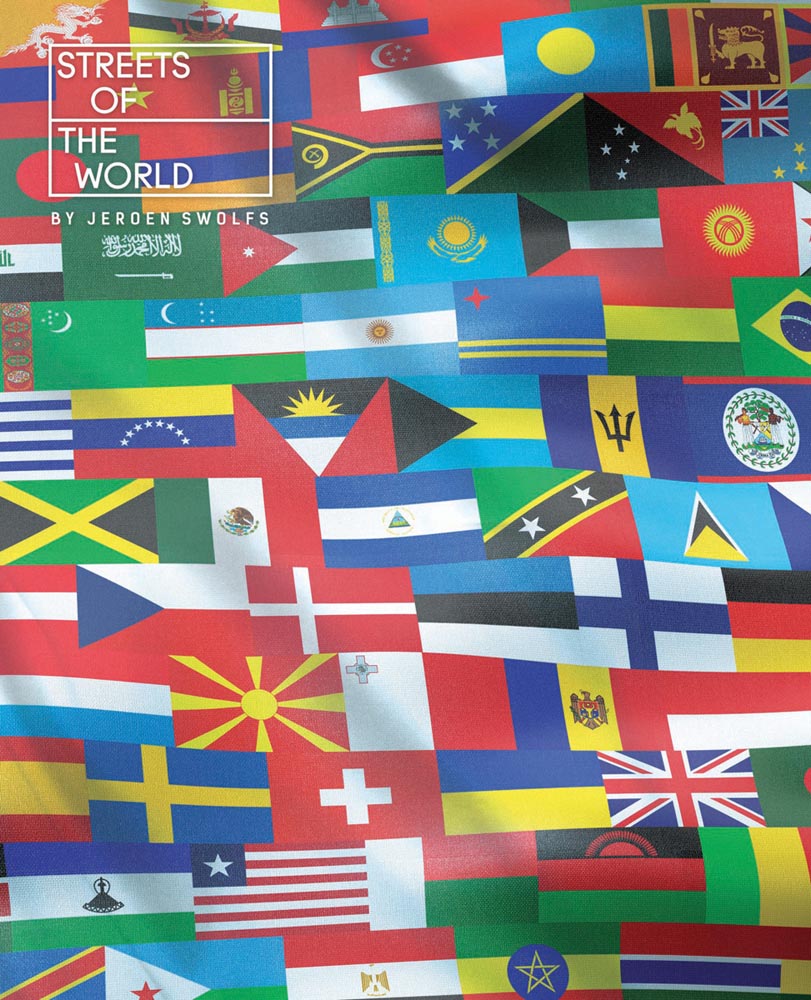 Streets of the World

200 capitals; one street each; seven years of traveling and collecting photos, stories, facts and figures about each capital. This is not just another photography book. It reveals everything that a street means to society: education, wisdom, youth, experience, happiness, stories, food, and so much more. This is the raw material of life, drawn directly from the experiences of the Dutch photographer Jeroen Swolfs. Seeing the street as a unifying theme, he traveled in search of that one street in each place – sometimes by a harbor or a railway station – that comprised the country as a whole. Each stunning image conveys culture, colors, rituals, even the history of the city and country where he found them. Swolfs sees the street as a universal meeting place, a platform of crowds, a center of news and gossip, a place of work, and a playground for children. Indeed, Swolfs’s streets are a matrix for community; his photographs are published at a time when the unique insularity of local communities everywhere has never been more under threat.