The 16th edition of the Biennale de Lyon: manifesto of fragility affirms fragility as intrinsically linked to a form of resistance initiated in the past, in tune with the present and capable of facing the future. By accepting fragility as one of the most widespread truths in our divided world, the 16th Biennale de Lyon brings together works and objects created over nearly two millennia that evoke, each in their own way, the vulnerability of people and places, past and present, near and far. Conceived as a collective statement made up of words, images, sounds and movements by 200 artists and creator∙rices∙s, it calls on a set of resilient voices to propose a manifesto for an irremediably fragile world.

The Biennale is structured around three distinct but interconnected strata, within which fragility and resistance are respectively explored through the prism of the individual, the city and the world: The many lives and deaths of Louise Brunet, Beirut and the Golden Sixties and A World of Infinite Promise.

A world of infinite promise unfolds, here and at eleven other sites, and embodies the different faces of fragility through contemporary and historical works of art, new in situ commissions and numerous objects. This panorama of moments, old and recent, of global perseverance, proposes future forms of being in the world. 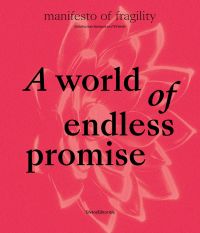 A World of Endless Promise