On view at MCASD

The first retrospective of the California artist in over twenty-five years. Situated alongside movements of Conceptual and Pop art and shaped by the Feminist movements of the 1970s, Smith’s extensive work in collage provokes critical thought about the reality of contemporary American culture. Just as the artist herself is famously known to have taken on the moniker of actress Alexis Smith, The American Way presents stories of self-realization and self-transformation, systems central to the creation of the American ideal, and highlights the themes that have persisted throughout the artist’s body of work, including her interests in gender, identity, and class. 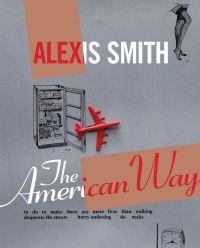