After a long absence of over 10 years, Andy Warhol is back on show in Milan told in a completely new way with over 300 works: the exhibition dedicated to the genius of Pop Art, curated by Achille Bonito Oliva and in collaboration with Edoardo Falcioni, in fact, it aims to reconstruct all the historical periods in which the artist, through his revolution, was able to innovate the history of art of the twentieth century, trying his hand at various fields such as fashion, music and entrepreneurship.

Inside the exhibition there will be original paintings, unique works, historical serigraphs, drawings, Polaroids, photographs and other real memorabilia such as the original covers designed and signed by Warhol.

The exhibition will range from the 1950s, which will consecrate him above all as a fine and highly respected draftsman, to the 1960s, one of the artist’s most prolific periods, who will become a real “social commentator”, portraying icons (such as the mythical Campbell’s Soup), fame (Liz Taylor and Marilyn Monroe) and disaster (from Jackie Kennedy’s faces scarred for her husband’s funeral to a 1970s Car Crash); from the 70s, in which he will instead become The society artist (great attention will be devoted to the dualism of the sociological analysis of Warhol’s work) to the 80s, in which the artist, presenting himself to the general public as the spiritual father of a new generation of artists such as Jean-Michel Basquiat and Keith Haring will create new symbolisms, experiments and homages to the past. 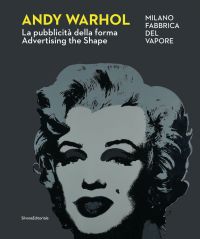