Archipelago of the Mind – ZAK, Berlin

With his exhibition “Archipelago of the mind”, Christopher Winter takes us on a journey to his very personal mythologies at the productive interface between joyful affirmation and subtle criticism. Growing up in the southern English county of Kent, the artist was not only confronted with pre-Christian rituals such as the “Jack in the Green” festival at an early age, but was apparently infected just as early with the genetically inscribed Urglish explorer virus. However, winter’s expeditions lead less to the colonial destinations of an aging imperial world power, but instead to imagined islands full of vibrant and diverse life.

The journeys lead to the colorful “Libertine Island” and to islands of dark forest romance like on “Deep Forest Island”, with “Spook Island” they lead to an island with a supernatural aura or to the exclusive and quasi-insular parallel worlds of the contemporary art audience on “Island of Perception”. As exotically vital and aesthetically exuberant as all these islands of his “archipelago of the mind” appear, the attentive observer and commentator of a present-day world that is sometimes very divided is hidden behind these intense images. 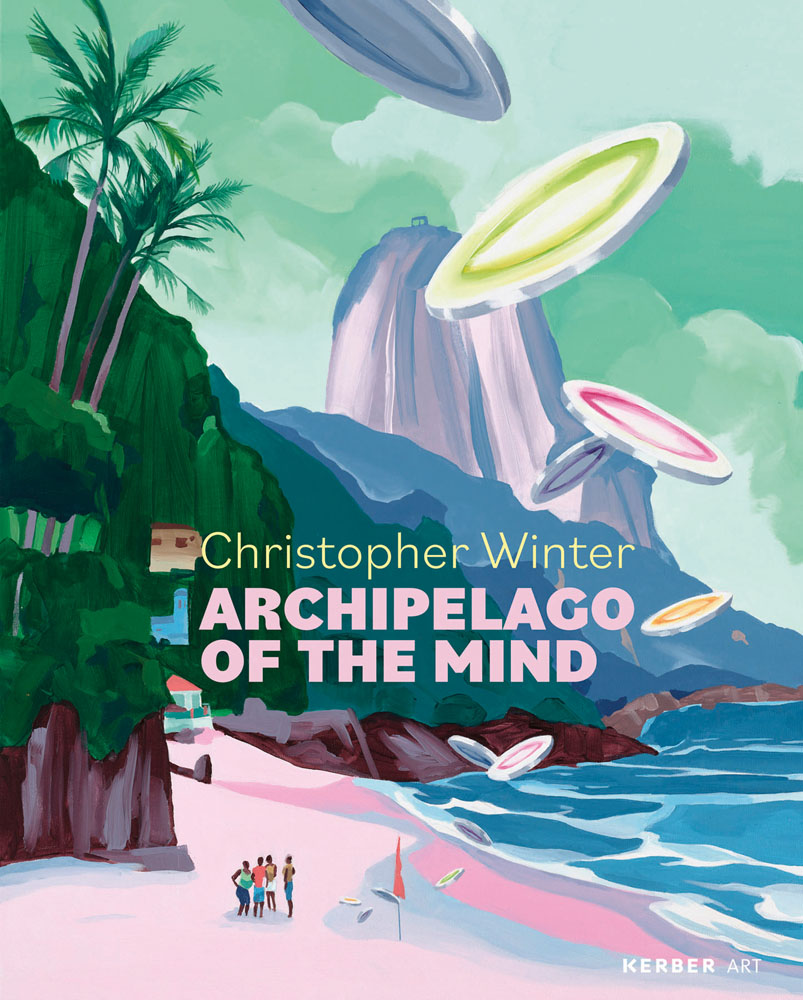