The Museum of Decorative Arts celebrates the 1980s through a major exhibition presented in the nave. This historic decade resonates in France as a political and artistic turning point in the fields of fashion, design and graphic design, from the election of François Mitterrand in 1981 until the fall of the Berlin Wall in 1989. 700 works – objects, furniture, fashion silhouettes, posters, photographs, clips, record covers and fanzines – trace this frenetic era synonymous with eclecticism, where postmodernism opened up all artistic possibilities. The 80s saw the birth of a new generation of designers – Olivier Gagnère, Elizabeth Garouste and Mattia Bonetti, Philippe Starck, Martin Szekely… – in a context conducive to freedom of expression. The silhouette, too, is freed from style injunctions and some fashion designers are elevated to the rank of “superstars” such as Jean Paul Gaultier or Thierry Mugler. Advertising, graphic design and audiovisual experience their boom years with Jean-Paul Goude, Jean-Baptiste Mondino and Étienne Robial. From new wave music to post-punk via hip-hop: it’s a whole history of the party that is written in mythical places frequented by night owls from all over Paris. The scenography of the exhibition, conceived as a pileup of shapes and colors, was entrusted to designer Adrien Rovero. 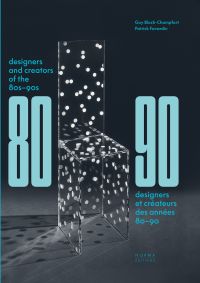