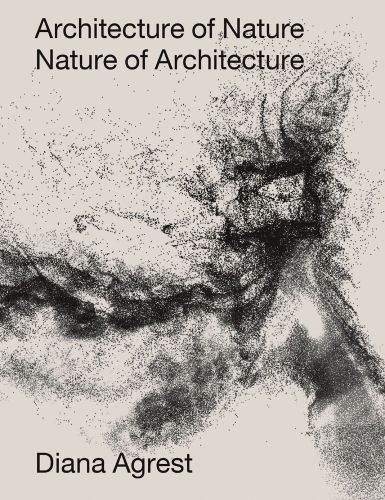 Based on documentation originating in the environmental sciences, history of science, philosophy and art, Architecture of Nature explores the materiality and the effects of the forces at play in the history of the earth through the architect’s modes of seeing and techniques of representation. This book presents research work developed for the past eight years in the Advanced Research graduate studio ‘Architecture of Nature/ Nature of Architecture’, created and directed by Diana Agrest at the Irwin S. Chanin School of Architecture of the Cooper Union. Architecture of Nature departs from the traditional approach to nature as a referent for architecture and reframes it as its object of study. The complex processes of generation and transformations of extreme natural phenomena such as glaciers, volcanoes, permafrost, and clouds are explored through unique drawings and models, confronting a scale of space and time that expands and transcends the established boundaries of the architectural discipline.

About the Author
Diana Agrest, FAIA is a Professor at the Irwin S. Chanin School of Architecture of The Cooper Union. She has taught at Princeton, Columbia, and Yale Universities. Agrest is internationally renowned for her pioneering and critical approach to architecture in practice and theory, considering architecture an interdiscursive field, focusing since 1989 on the question of Nature. Her designed and built work, which ranges in scale from buildings to cities and urban regions internationally, has received numerous awards. Her books include: The Sex of Architecture; Agrest and Gandelsonas: Works; Architecture from Without: Theoretical Framings for a Critical Practice; and A Romance with the City. She wrote, produced, and directed the feature documentary film The Making of an Avant-Garde: The Institute for Architecture and Urban Studies 1967-1984, which premiered at The Museum of Modern Art in June 2013. Her work has been exhibited in museums and galleries, including: The Museum of Modern Art, The Museum of Contemporary Art, Los Angeles; The San Francisco Museum of Modern Art; The Walker Art Center; Center Pompidou, Paris; and the Milano Triennale. She graduated from the School of Architecture and Urbanism, University of Buenos Aires in 1967 and did Post Graduate Studies at the Centre de Recherche d'Urbanisme and the Ecole Pratique des Hautes Etudes, Vi Section, Paris, France from 1967-1969. John Angus McPhee is an American writer, widely considered one of the pioneers of creative non-fiction. He won the Pulitzer Prize in the category General Non-fiction in 1999 for Annals of the Former World. In 2008 he received the George Polk Career Award for his indelible mark on American journalism during his nearly half-century career. John McPhee is a Professor of writing at Princeton University, where he has taught since 1974.
Specifications