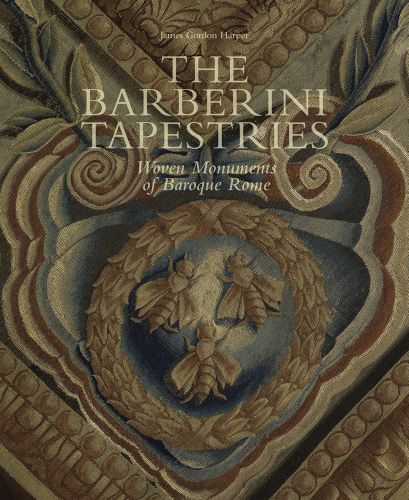 Amazon UK Book Depository Bookshop UK Hive Waterstones
Log in to add this to your wishlist.
Share This Book...
Full Description
This book is the first sustained scholastic treatment of the Life of Christ tapestries, which were commissioned by Pope Urban VIII’s nephew, Cardinal Francesco Barberini. Covering over 2800 square feet, the series is one of the grandest monuments of seventeenth century Rome. A close reading of each panel sets the tapestries into a number of overlapping contexts; they indicate the stylistic advances of the high Baroque period, as well the political and social agendas of their patrons. The introductory chapter lays out the context of Urban VIII’s Rome. Subsequent chapters reconstruct the history of Cardinal Barberini’s private tapestry commissions, and the activity of Giovanni Francesco Romanelli, the supervising designer of the Life of Christ. The contemporary usage and display of the tapestries is discussed, as is the transfer of the series to the United States and its subsequent display in New York’s Cathedral of St. John the Divine. The final chapter is dedicated to technical aspects of the panels, recounting their recent conservation. Details of the accompanying exhibitions: New York, NY (Cathedral of St. John the Divine) February 2017-June 2017; Eugene, Oregon (Jordan Schnitzer Museum of Art) September 2017-January 2018.
About the Author
James Harper is a Professor of Renaissance and Baroque Art at the University of Oregon (USA). He trained at the University of Pennsylvania, and is a former fellow of Villa I Tatti, the Harvard University Center for Italian Renaissance Studies. Harper is the author/editor of The Turk and Islam in the Western Eye: Visual Imagery before Orientalism, 1450-1750 (2011) and co-author of Giuseppe Vasi's Rome: Lasting Impressions from the Age of the Grand Tour (2010). Marlene Eidelheit is the Director and Chief Conservator of the Textile Conservation Laboratory at the Cathedral of St. John the Divine in New York City. With a degree in textile and costume conservation from the Fashion Institute of Technology (FIT), her early training included work on tapestries and textiles in Italy, as well as at the Isabella Stewart Gardner Museum in Boston and at the Museum of Natural History, New York. She works on material ranging from archaeological weaving to modern textile art.
Specifications