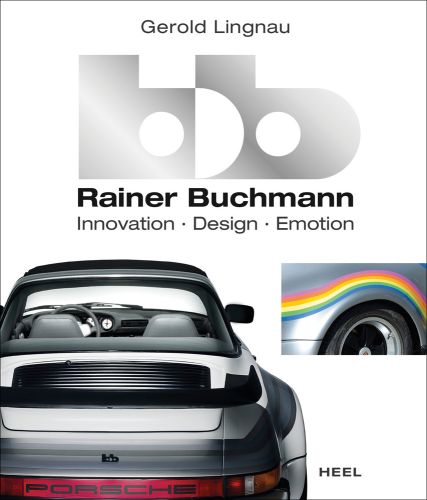 The modifier bb Auto, founded in Frankfurt, 1973 by Rainer Buchmann and his brother Dieter, caused a stir in the European and international car scene of the ’80s. Their technical innovations and spectacular design made them stand out from the crowd.

Initially focused on Porsche cars, bb established themselves as a name to be remembered when they presented their Porsche Turbo Targa with prismatic coloured varnish on the Polaroid stand at Fotokina 1976 Cologne. At IAA Frankfurt 1979 they launched bb CW 311, a contemporary modification of the legendary Mercedes 300 SL. Mercedes-Benz was so enthusiastic about the car that they allowed Buchmann to continue using the Mercedes star as a brand logo. During the 1980s, bb was one of the most successful modifiers of production cars. They transformed off-the-line automobiles into bespoke luxury vehicles for those who could afford it – customers from the Arab world, celebrities from the jet-set, and many more…

However Buchmann’s real passion belonged to the area of electronic innovations. The money he earned with his tuning activities was invested into research in this field. He was the first to think about centralised door locking by means of remote control as well as parking distance control and he invented the first car computers. In 1983 his multi-function steering wheel was protected by patent. This comprehensive book, produced in close co-operation with Merck Group, one of the world’s leading chemical companies for whom Buchmann popularised a new and special kind of bright enamel varnish, presents the complete history of Rainer Buchmann’s technical and entrepreneurial achievements.

About the Author
Gerold Lingnau, an economist by degree, served as an editor of F.A.Z., the Frankfurter Allgemeine Zeitung - Frankfurt's largest daily newspaper - for 39 years. Of these, he spent 27 in the technical field, and in 1988 he conceived the Technik und Motor supplement. As such, he is thoroughly au fait with the world of the automobile.
Specifications