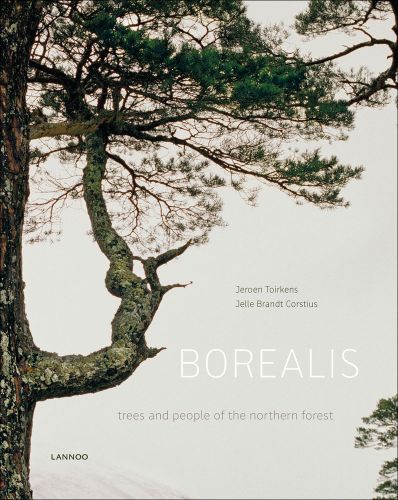 trees and people of the northern forest

Thirty per cent of all trees are in the so-called boreal ecosystem, a circle of mostly coniferous trees, ranging from Europe and Asia to North America. These boreal forests, also referred to as taiga, convert massive amounts of CO² into oxygen. Over a span of 100 years, an average tree produces enough oxygen to allow a single person to breathe for twenty years. Still, less than twelve per cent of these forests are protected. For Borealis, photographer Jeroen Toirkens and journalist Jelle Brandt Corstius travelled to these forests, looking for the stories of the people living there. Their mission turned into eight very different journeys, to Norway, Scotland, Canada, Japan, Alaska and Russia.

About the Author
Jelle Brandt Corstius and Jeroen Toirkens previously worked together on the project 'NomadsLife', in which they went in search of the last living nomads in the northern hemisphere. This cooperation resulted in the award-winning book Nomad and several feature articles for magazine Trouw and Amnesty International. Their modus operandi is defined by an in-depth look into the topic of their choice. With an open mind, they look for the human touch in stories.
Specifications