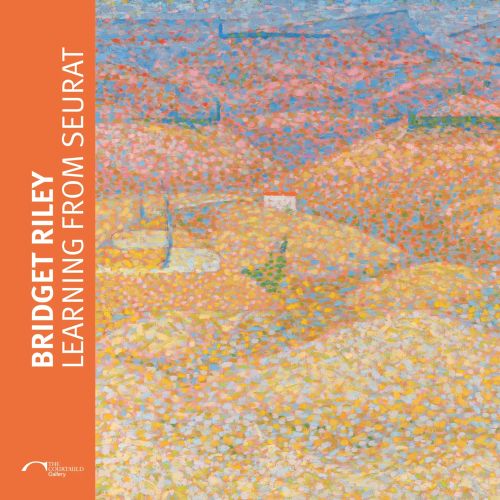 In 1959, Bridget Riley’s copy of Georges Seurat’s Bridge at Courbevoie (1886–87) offered the artist a new understanding of colour and tone, which led her to produce her first major works of pure abstraction during the early 1960s.

In 2015–16, an exhibition at the Courtauld Gallery, London, presented seven of Riley’s paintings and this key Pointillist work by Seurat from the museum’s collection. Brought together for the first time, the exhibition demonstrated the two artists’ shared preoccupation with perception by looking at pivotal points throughout Riley’s career.

Alongside full-colour illustrations, this publication features two essays written by Riley that offer the artist’s insights on Seurat’s importance to her own practice. An interview with the artist by Éric de Chassey, complemented by an introductory text by Karen Serres and Barnaby Wright, make this an important resource for art historians and general readers alike.

Éric de Chassey is Director General of the French National Institute of Art History (INHA) and Professor of Modern and Contemporary Art History at the École Normale Supérieure in Lyon, France. He previously served as Director of the Académie de France à Rome - Villa Médicis. Ernst Vegelin van Claerbergen is the A & F Petitgas Head of The Courtauld Gallery. He holds an MA and PhD from the Courtauld Institute of Art, having gained his BA from Trinity College, Hartford, CT.