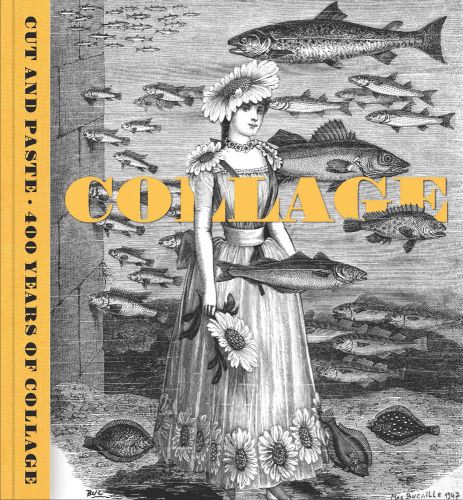 Collage is one of the most popular and pervasive of all art-forms, yet this is the first historical survey book ever published on the subject. Featuring over 200 works, ranging from the 1500s to the present day, it offers an entirely new approach. Hitherto, collage has been presented as a twentieth-century phenomenon, linked in particular to Pablo Picasso and Cubism in the years just before the First World War. In Cut and Paste: 400 Years of Collage, we trace its origins back to books and prints of the 1500s, through to the boom in popularity of scrapbooks and do-it-yourself collage during the Victorian period, and then through Cubism, Futurism, Dada and Surrealism. Collage became the technique of choice in the 1960s and 1970s for anti-establishment protest, and in the present day is used by millions of us through digital devices. The definition of collage employed here is a broad one, encompassing cut-and-pasted paper, photography, patchwork, film and digital technology and ranging from work by professionals to unknown makers, amateurs and children.

Collage Over the Centuries, an introductory essay by Patrick Elliott; Collage Before Modernism by Freya Gowrley; On Edge: Exploring Collage Tactics and Terminology by Yuval Etgar; catalogue of exhibition works; a Chronology of Collage.

Published to accompany an exhibition at the National Galleries of Scotland, June-October 2019.

Patrick Elliott is Chief Curator, Modern and Contemporary Art, at the National Galleries of Scotland. Freya Gowrley is a Post-Doctoral Fellow in History at the University of Derby. Her work examines the visual and material culture of Britain, North America and the British Empire in the eighteenth and nineteenth centuries, with a particular focus on collage and its histories. Yuval Etgar is the Director of Research and Exhibitions at Luxembourg & Dayan, London, and a Doctoral Candidate at the Ruskin School of Art, Saint Edmund Hall, the University of Oxford. His most recent publication, The Ends of Collage (2017), is a comprehensive anthology of writings on the history and theory of collage.