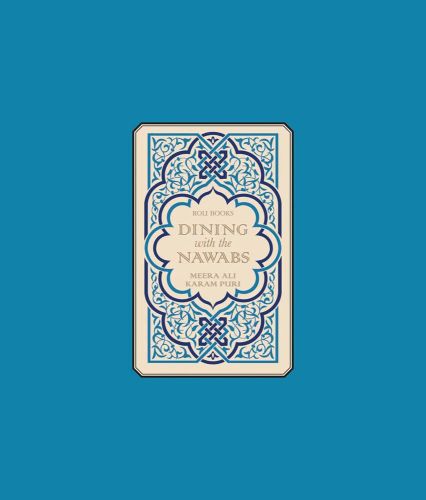 Dining with the Nawabs

Mughal emperors governed their vast empire with the help of nawabs – a title they bestowed on the semi-autonomous Muslim rulers of India. Over a period of time these nawabs became powerful rulers in their own right and created a distinct culture of their own, with food being one of its most everlasting legacies. Heavily influenced by Mughal staples and cookery techniques, the nawabs refined their cuisine by adopting local flavours, from the refined palates that dominate the table at Rampur and Avadh to the incredible array of delicacies from the kitchens of Bahawalpur and Khairpur, now in Pakistan. For the first time, Dining with the Nawabs allows you a rare opportunity to visit the tables and palaces of these families, to learn more about their lifestyles and their love affair with gourmet cuisine. This special edition also comes with a ‘Kitchen Copy’, containing some of their most beloved family recipes that you can recreate in your own homes. The families featured in this book continue to be the proud custodians of this culinary legacy. They share recipes which have been passed down for hundreds of years within the confines of the royal kitchen. In these recipes and stories, which depict food as the epicentre of traditions and customs, the larger story of an ancient philosophy and a way of life is revealed. Today, Indian food all over the world is synonymous with Mughalia and Nawabi cuisine. Biryani, pulao, kebab, korma, kofta, dumpukht and other dishes of the time have all made their way from a shahi dastarkhwan into every home. The families featured here each have their own signature version of these dishes; much like the flower which grows in different soils and emanates a different fragrance, these meals are at once part of a shared heritage and strikingly unique.