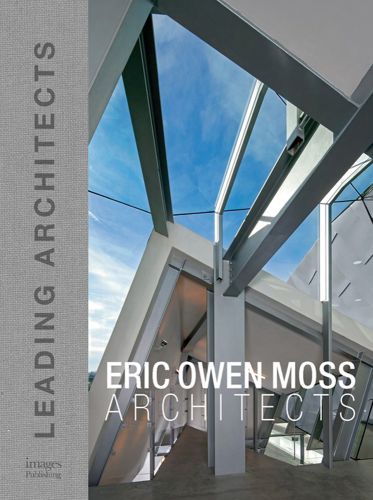 By (author) The Images Publishing Group

Amazon UK Book Depository Bookshop UK Hive Waterstones
Log in to add this to your wishlist.
Share This Book...
Full Description
The work of Eric Owen Moss Architects is about “making it new,” and the aspiration to uncover new ways to think, to feel, to see, and to understand architecture and this essential concept is the departure point for Eric Owen Moss Architects. This firm’s oeuvre is underscored by its unique approach to design, which is that it’s convinced the world renews itself, and that architecture has the capacity to offer alternative venues as human affairs continue to be re-imagined. Showcasing highly illustrated and richly photographed works, this volume illuminates how Eric Owen Architects avoids traditional organisation strategies, standardised design solutions, and any notion of architecture as simply a repetitive style. This book delves into how the firm is fascinated both by individual buildings, and that evolving inter-relationship between building and city, and the interrogation of that urban/building exchange in a search/research of alternative design tactics, methods, and techniques that will obligate and modify both building and city. Spanning four decades, Eric Owen Moss Architects has designed a variety of award-winning buildings that continue to re-shape the discourse of international architecture. The Eric Owen Moss office works across a range of typologies and continues to educate through prolific engagement, including master planning, building designs, exhibits, lectures, publications, and teaching around the world.
About the Author
Eric Owen Moss was born and raised in Los Angeles, California. He received a Bachelor of Arts from the University of California at Los Angeles. He holds Masters Degrees in Architecture from both the University of California at Berkeley, College of Environmental Design and Harvard University's Graduate School of Design. Moss was honoured with the Academy Award in Architecture from the American Academy of Arts and Letters in 1999. He received the AIA/LA Gold Medal in 2001, and was a recipient of the Distinguished Alumni Award from the University of California, Berkeley in 2003. In 2007, he received the Arnold W. Brunner Memorial Prize, recognising a distinguished history of architectural design. In 2011 he was awarded the Jencks Award by the Royal Institute of British Architects (RIBA). In 2014 Moss was featured as a "Game Changer" in Metropolis Magazine, inducted into the National Academy, and received a PA Award for a master plan to revitalise an abandoned rail yard in Albuquerque, New Mexico. In 2016, Moss received the Austrian Decoration of Honor for Science and Art. Moss has held teaching positions at major universities around the world including Harvard, Yale, Columbia, University of Applied Arts in Vienna, and the Royal Academy in Copenhagen. Moss has been a longtime professor at the Southern California Institute of Architecture (SCI-Arc), and served as its director from 2002 to 2015. He received the AIA|LA Educator of the Year in 2006, and the Most Admired Educator Award from the Design Futures Council in 2013.
Specifications