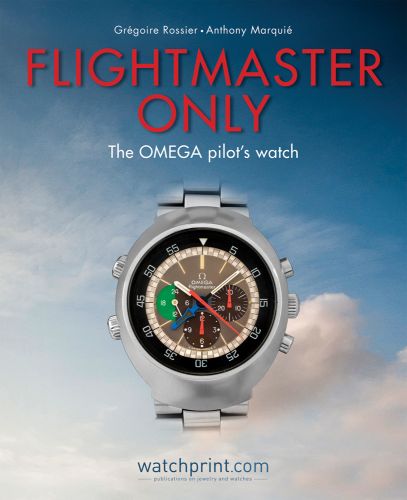 Amazon UK Book Depository Bookshop UK Hive Waterstones
Log in to add this to your wishlist.
Share This Book...
Full Description
The highly evocative Flightmaster name was first mentioned by OMEGA in 1956-57, but it was not until the late 1960s that it was used to designate an incomparable watch, initially intended for aircraft pilots. At the time, it was regarded as the watch industry equivalent of the Swiss army knife, meaning the ultimate professional instrument. The aesthetically and technically remarkable OMEGA Flightmaster symbolises a period rich in technological and design breakthroughs. Produced over a short period and relatively little known until now, it nonetheless enjoyed exceptional development and an outstanding destiny, notably on the wrist of Soviet cosmonauts in the 1970s. Revealing the entirely unknown and remarkably rich story for the first time, and based on their own methodology, the authors of the successful Moonwatch Only book dedicated to the OMEGA Speedmaster, provide a comprehensive account of the many variations and evolutions of the different Flightmaster models. The result is an essential reference work for all passionate brand enthusiasts and collectors.
About the Author
Anthony Marquié is a French national and a trained aeronautical engineer who swiftly turned to an international career in finance and investments. He has always been passionately interested in both modern and vintage watches, and soon began collecting several types of emblematic models, including many icons from the OMEGA brand. Grégoire Rossier is a Swiss bioinformatics specialist. Fascinated by watchmaking, he has developed a systematic database comprising thousands of entries referencing all his observations as well as market trends. This database is the foundation of the scientific approach on which this book is based.
Specifications