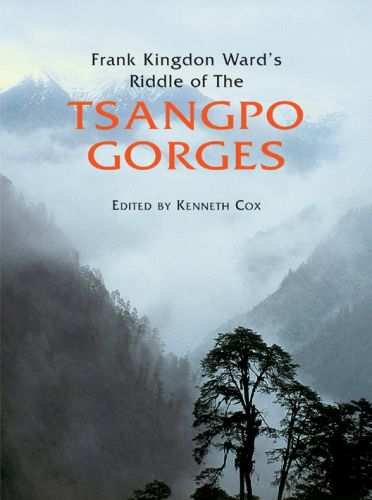 Amazon UK Book Depository Bookshop UK Hive Waterstones
Log in to add this to your wishlist.
Share This Book...
'The publishers are to be congratulated for their exemplary production' - Curtis's Botanical Magazine '...this will go down as one of the greats of plant exploration literature...' - Roy Lancaster 'The appeal of the book lies as much in Ward's prose as in the thrilling story of exploration and discovery. He was a fine writer and it is a cause for celebration that one of his best books is now again available after a gap of 70 years' - Ursula Buchan, The Independent 'There's no doubt that such an elegant and exciting book new book richly deserves a new readership... the story behind its reissue is no less gripping than Kingdon Ward's own narrative'- Ambra Edwards, Gardening Which?
Full Description
Little explored and virtually inaccessible, the Tsangpo Gorge in south-east Tibet is the world’s deepest gorge. Through it twists the Yarlong Tsangpo, Tibet’s great river, emerging from below on the plains of India. This is the story of its exploration and the rich plant and animal life found there. Riddle of the Tsangpo Gorges, first published in 1926, is the fascinating account of plant-hunter and explorer Frank Kingdon Ward’s most important expedition. Kenneth Cox, Kenneth Storm, Jr. and Ian Baker spent over ten years retracing the route of the 1924-25 expedition and managed to reach further into this magical and only partly explored land. The book contains the original Kingdon Ward text and extensive additional material, including a history of the exploration, geography and religious significance of the area and more than 250 colour photographs with detailed captions on the plants of the area, most of which are described by Kingdon Ward in the original text. There are first person accounts of expeditions to the area by Kenneth Cox and Kenneth Storm. Jr. and a photographic essay documents, for the first time in a book, the new Hidden Falls located in the portion of the gorge left unexplored by Frank Kingdon Ward and Lord Cawdor in 1924.
About the Author
Kenneth Cox, from a family of writers, plant hunters, nurserymen and world experts on rhododendrons, runs the family horticultural business in Scotland. He has travelled extensively and led two expeditions to Yunnan, China, and five to Tibet in search of plants. Kenneth R. Storm, Jr. has explored Mexican gorges, the Colorado Plateau, the Green and Colorado Rivers, the western Himalayan region of Ladakh and has made five journeys to the Tsangpo gorges. Ian Baker has written extensively on the art and culture of Tibet and the Himalayas. He has made eight expeditions into the region of the Tsangpo Gorges following pilgrimage routes described in ancient Tibetan texts.
Specifications