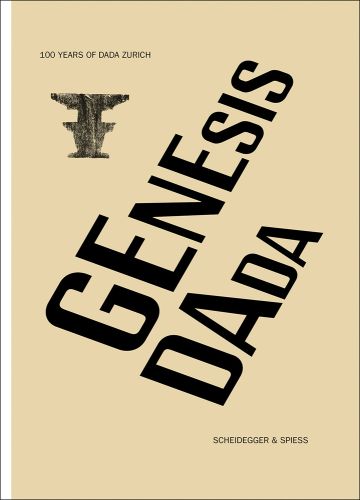 On 5 February 1916, Hugo Ball and Emmy Hennings, together with Marcel Janco, Tristan Tzara, and Jean Arp, inaugurated the Cabaret Voltaire in Zürich. The evening marked the birth of Dada as an artistic movement, and Cabaret Voltaire with its legendary performances became a place of historic significance. It was soon to be followed by the short-lived, while no less significant, Gallery Dada in Zürich, where the Dadaists staged four exhibitions over the course of half a year. Dada’s further evolution was significantly shaped by these two spaces, each with its own particular atmosphere, constituting the differing poles of the Dada movement. Published in conjunction with an exhibition at Arp Museum Bahnhof Rolandseck in Spring 2016 to celebrate the Dada centenary, this new book for the first time tells the full story of Dada’s genesis. It sheds light on the early years of 1916 17 in Zürich in historical context and, from today’s point of view, and also explores the intellectual and social background that informed Dada, considering aspects such as the Great War, psychoanalysis, or the art scene of the time. Genesis Dada illustrates how Dada turned into a worldwide phenomenon with which artists and intellectuals such as Joan Miró, Marcel Duchamp, Jean Cocteau, or Man Ray were associated, and which has lost nothing of its momentum and topicality over time. Also available: Dadglobe ISBN 9783858817754

About the Author
Arp Museum Bahnhof Rolandseck in Remagen, Germany, is dedicated to the work of Jean Arp and Sophie Taeuber-Arp. Cabaret Voltaire is a cultural space dedicated to the heritage of Dada.