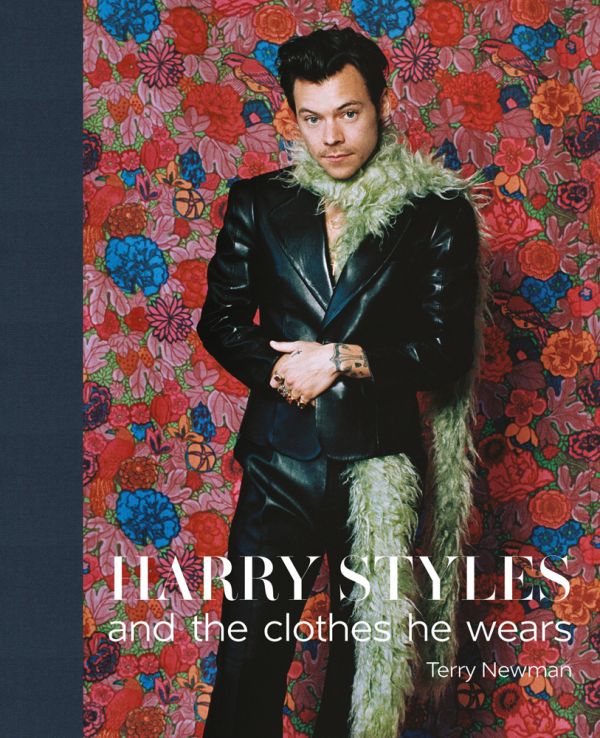 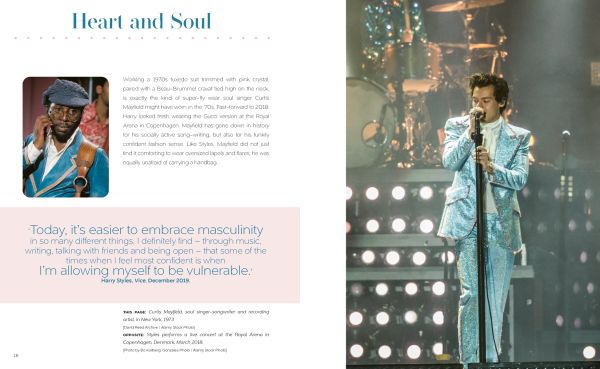 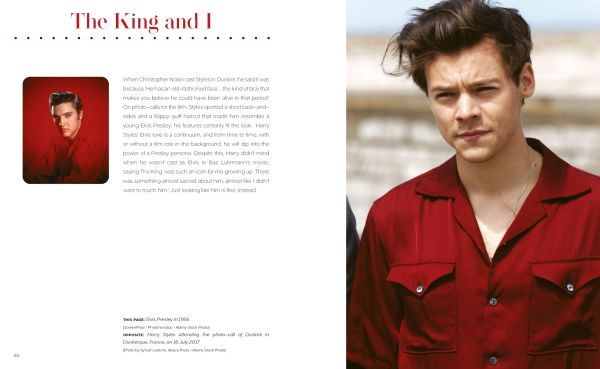 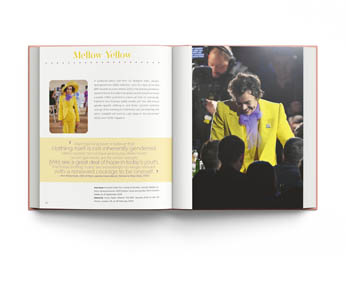 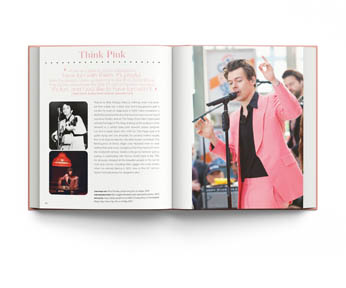 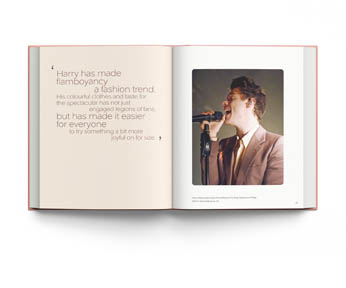 and the clothes he wears

“Filled to the brim with everything from Harry’s colour palettes to his inspiration, this pick combines high-fashion with all the quirkiness we love about HS and it’s just perfect.” — Glamour UK

“Have the best-dressed coffee table by adorning it with this book filled with photos of THE best-dressed man.” — Seventeen Magazine

“I’m incredibly lucky to have an environment where I feel comfortable being myself” – Harry Styles.

Stepping bravely into the cyclone of 21st-century fashions, Harry Styles is more than weathering the storm. Whether he’s breaking the internet with his $7.99 frog-eyed yellow bucket hat or a pair of black fishnets, or fronting cult magazine The Beauty Papers, as he did in March 2021, Hazza’s sparkle knows no boundaries.

Gucci met Styles in 2014, and there was instant chemistry. According to designer Alessandro Michele, Harry is ‘a young Greek God with the attitude of James Dean and a little bit of Mick Jagger’ – and that effortless superstardom certainly radiates from the photos in this collection, which document the heart of Harry’s wardrobe, both on-stage and off.

Part fashion history lesson, pulling references from the rock and roll greats of the past, and part innovation, Harry’s style pays homage to Kurt Cobain and Marc Bolan, Prince and Little Richard, while developing into something authentic and entirely his own. This chic book fizzles with facts about Harry’s styling choices, presenting the star’s most revered looks alongside pictures that trace the roots of each design. With quotes from key designers, this is the perfect gift for any fan.

Terry Newman worked in the fashion industry for more than 20 years, both as an editor at i-D, Attitude, and Self Service and as a contributing writer for newspapers including the Guardian, the Independent, the Times, and the Sunday Times. She has also written and presented fashion programs in the United Kingdom for Channel 4 (She's Gotta Have It and Slave). The author of Legendary Authors and the Clothes They Wore and Legendary Artists and the Clothes They Wore (Harper Design), she has contributed to books including i-D's Fashion Now, Fashion Now 2, and Soul i-D. She currently lectures at the University for the Creative Arts in Epsom, England and lives in London with her husband and two children.