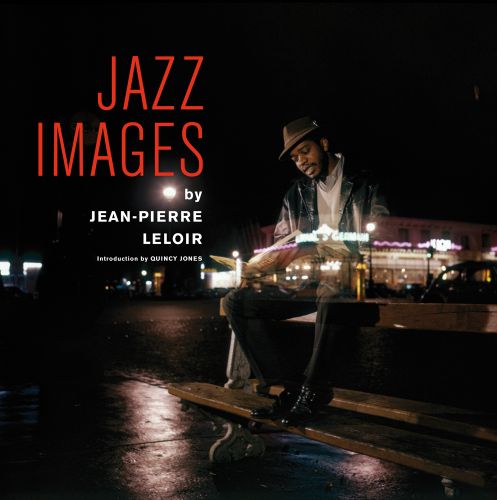 “Jean-Pierre was himself a musician, but his choice of instrument was a camera, which he never put away.” – Michel Legrand

“I am so happy to see Leloir’s work published, because behind each image is a story – one that needs to be told and appreciated. Leloir was not just a photographer; instead he was a preserver of history. As a result, this book holds hundreds of stories that shine a light onto the lives of those who live in these pages. Leloir had a unique ability to preserve an entire atmosphere and its surrounding emotions. between the four corners of a picture, but beyond his talent as a photographers, he presented himself not as paparazzi, but a friend. He and my other brother Herman Leonard were two of a kind; they had the same passion for photography and an endless supply of vision.” – Quincy Jones

This book gives ample proof of Jean-Pierre Leloir’s amazing ability to immortalise performers and to capture candid moments at the airport, backstage, and in the dressing rooms of the most legendary Paris jazz and concert venues: “I loved the people I photographed, so I made myself as available, yet as discreet as possible”, he used to say. “I never wanted to be a paparazzi. I wanted them to forget my presence so I could catch those little unexpected moments.” The selection of photographs showcased here has been carefully selected from Leloir’s immense catalogue. Many of the images have never been previously published before, and can be easily catalogued as ‘atypical’ shots, as the musicians were captured primarily in spontaneous situations, away from the fanfare of the stage.

Text in English with an introduction in English, French and Spanish.

About the Author
Jean Pierre Leloir became a music fan during his early teens and started taking pictures when he was 20. For publications like Jazz Hot, and many other French magazines, he photographed most of the Jazz musicians who visited Paris or made the French capital their home during the 1950s and '60s, including Louis Armstrong, Chet Baker, Sidney Bechet, Art Blakey, Donald Byrd, John Coltrane, Miles Davis, Duke Ellington, Ella Fitzgerald, Billie Holiday, Charles Mingus, and Lester Young. Jordi Soley is a jazz distributor, producer, and collector. He opened his first jazz record store, Jazz Collectors, in 1980. He started collecting LPs at the age of 13, and his collection now contains over 50.000 albums, making it one of the largest jazz record collections in Europe, as recently noted in the Japanese magazine, Jazz Perspective.
Specifications