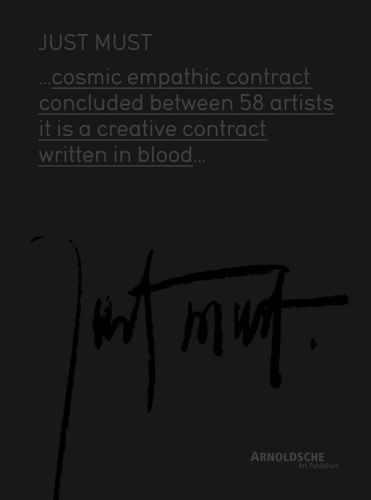 “Just Must” (in Estonian: “black and nothing but”) was the theme of a jewellery exhibition in Tallinn in 2008, initiated and organised by the Estonian professor of jewellery Kadri Mälk. Fifty-eight artists from eighteen countries presented their own, widely varying, individual solutions to this subject as documented in the present book. The jewellery shown here is “black” on the one hand because dark or black materials such as jet, ebony or black diamonds have been used to make it. But it is also “black” in the figurative sense, for example in the way it deals with existential problems. Pieces such as Konrad Mehus’ gold Valium-dispenser brooch, Tanel Veenre’s “Guilty Conscience” or Francis Willemstijn’s “The Widow” are overtly about human anxieties, cares and crises. A “Dark Painting” by Tore Svensson, on the other hand, is just what the title says: a black painting that can be worn as a brooch. The approaches taken by these artists to the “black” theme documents the avant-garde stance represented in their art works: jewellery is no longer viewed as merely decorative or a status symbol whose value depends solely on the material of which it is made. Instead it becomes a vehicle for expressing aesthetic ideas by means of unconventional materials and forms.