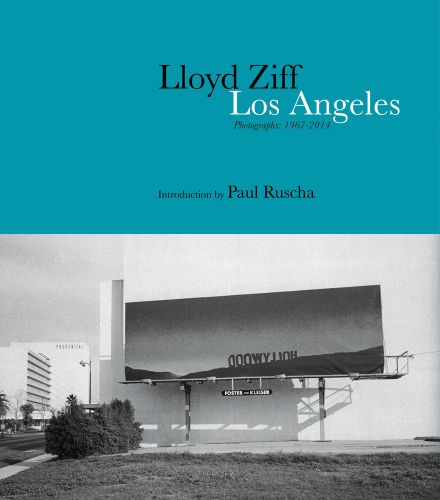 Los Angeles is a superb collection of photographs taken of one of America and the world’s most fascinating cities as seen through the eyes of photographer, art director and award-winning designer Lloyd Ziff. Shot over the last 4 decades in classic black and white and contemporary colour photography, Ziff’s Los Angeles captures the changing landscape of the city’s architecture, streets and people as only a seasoned Angeleno can. “Lloyd’s photographs hone in on the sometimes-subtle, oft-times overt wonders of everyday California West Coast locales. His landscapes of sand, surf, and the setting sun register in each frame a sense of peace and quiet isolation.” – Paul Ruscha

About the Author
Since 2000, Lloyd Ziff has made photography the sole focus of his career. He has had one man shows in New York City at Danziger Gallery and Robin Rice Gallery, and Earl McGrath Gallery in Los Angeles. His book of photographs, Near North, Photographs of Alaska and The Yukon, was published in 2010, and his photographs have been included in Patti Smith's autobiography, Just Kids, and the anthologies American Photography, Graphis Photography, and The Spirit of Family, by Al and Tipper Gore. Ziff's photographs are included in the permanent collections of The Palm Springs Art Museum, Palm Springs, California, and The International Center of Photography, New York, New York, as well as having been published in many of the world's most prestigious magazines including Blind Spot, The New York Times Magazine, Conde Nast Traveler, Interview, Kid's Wear (Germany), LA-The Los Angeles Times Magazine, New York, Rolling Stone, Vanity Fair, and Wired. Before he became known as a photographer, Ziff was an award-winning art director/design director of magazines, including Vanity Fair, House & Garden, Conde Nast Traveler, New West, and Rolling Stone. Ziff taught magazine design, photography, and illustration at Art Center College in Pasadena, California, The School of Visual Arts in New York City, and for 13 years at Parsons School of Design in New York City. In 1999, he was elected to the Board of Trustees of Pratt Institute in Brooklyn, New York, his alma mater (1967)."
Specifications