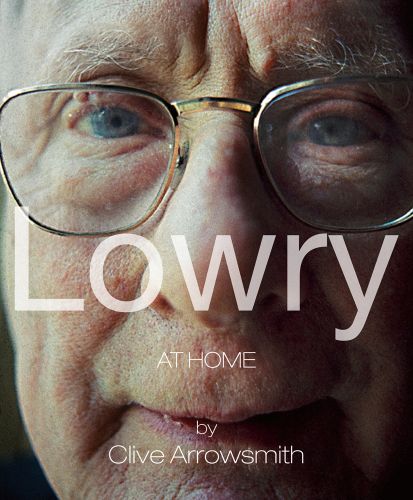 Amazon UK Book Depository Bookshop UK Hive Waterstones
Log in to add this to your wishlist.
Share This Book...
Full Description
On two cold grey days in 1966, LS Lowry was joined by a young photographer on one of his first assignments for Nova Magazine. Clive Arrowsmith had been commissioned to photograph Lowry at home. Perhaps it was Arrowsmith’s youthful exuberance that resulted in him taking as many photographs as possible, so that by the end of the two days the range of images was considerable. Views of Lowry inside and outside his home in Mottram-in-Longdendale – described as “going dilapidated at the corners” by Barrie Sturt-Penrose, Nova’s art critic – were joined by others taken on the streets of Salford. When the shoot was finished, Nova chose the pictures they wanted and, due to Arrowsmith’s subsequent career in fashion photography, the others were forgotten. In 2016, their chance discovery in Arrowsmith’s attic revealed a treasure trove of unseen pictures, which gives us a fascinating insight into the life of one of Britain’s best-known artists.
About the Author
Clive Arrowsmith is a celebrated international photographer who is based in London. He has received commissions from leading fashion magazines, most notably for British and French Vogue, Nova Magazine, Harpers, The Sunday Times magazine, Vanity Fair, Esquire USA and the FT How to Spend It luxury magazine. While primarily a fashion photographer, he also works in both editorial and advertising photography, and is similarly renowned for his shoots with celebrities, musicians and artists such as Sir Paul McCartney, Wings, Mick Jagger, George Harrison, Art Garfunkel, Prince Charles, Michael Caine and Damien Hirst. Clive's first book Arrowsmith: Fashion, Beauty and Portraits (ACC Publishing, ISBN 9781851498086) was described by Jeffrey Felner of the prestigious New York Journal of Books as "nothing short of breathtaking".
Specifications