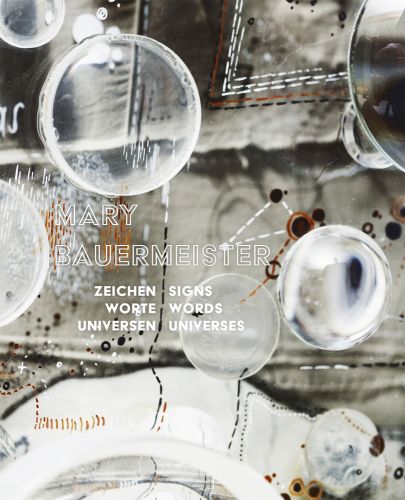 Over the last few years, the oeuvre of Mary Bauermeister (*1934) has been extensively rediscovered and celebrated. Today, she is considered to be one of Germany’s leading female post-war artists. In the early 1960s, her studio in Cologne, located at Lintgasse 28, was the meeting place for artists, poets and composers such as Nam June Paik, Christo, Joseph Beuys, John Cage and Karlheinz Stockhausen, her future husband. They all used experimental music, readings, exhibitions, performances and happenings to explore the limits of social norms. Soon afterwards, Bauermeister moved to New York for a time, where she gained international acclaim.

This book is the first to take a close look at those works in which Bauermeister privileges language as a means of artistic expression. She uses cyphers, symbols and textual fragments from nature, science, academia, philosophy, mathematics, music and art to create sensual, poetic drawings, collages and objects. Bauermeister first won fame with her celebrated ‘lens boxes’ in which convex glass, magnifiers and prisms merge with optically distorted images and words, forming magical cabinets of wonder.