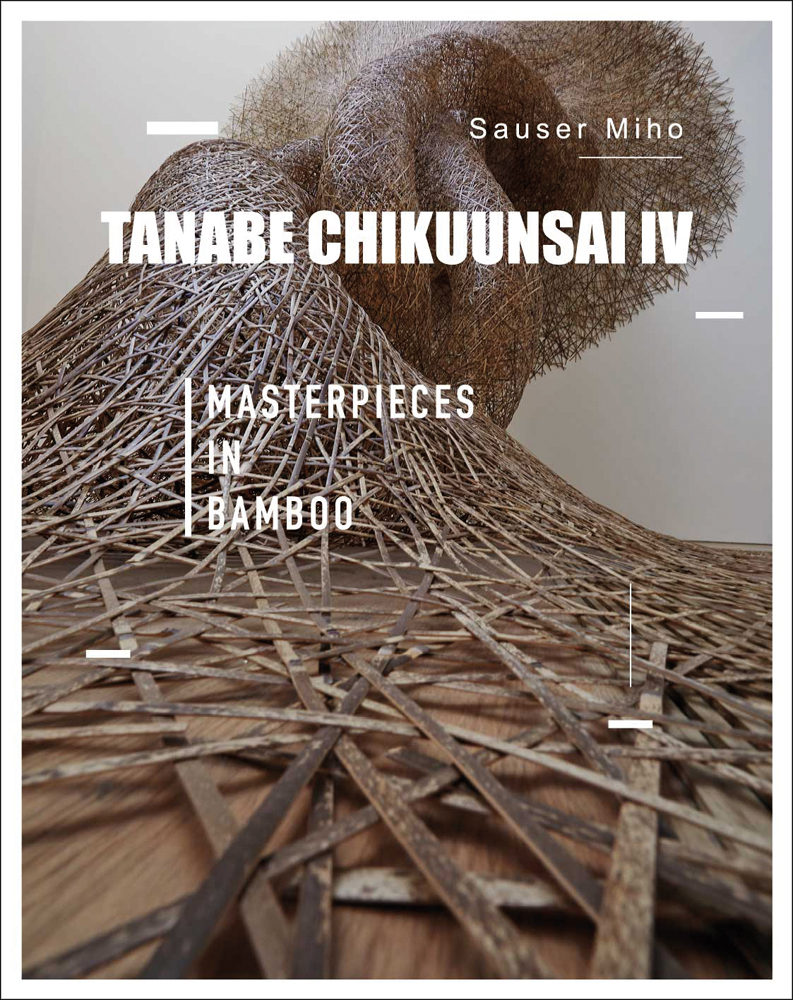 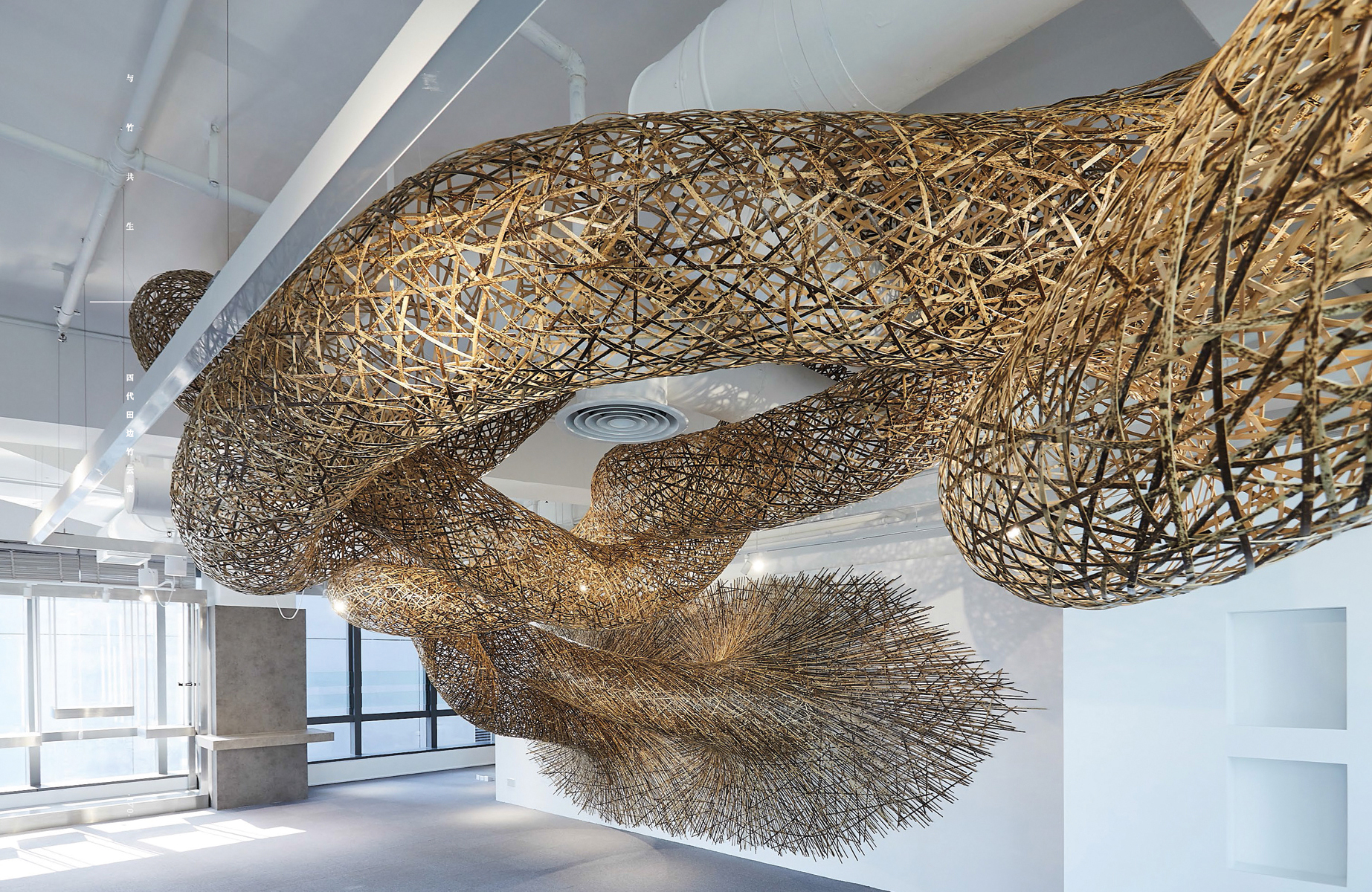 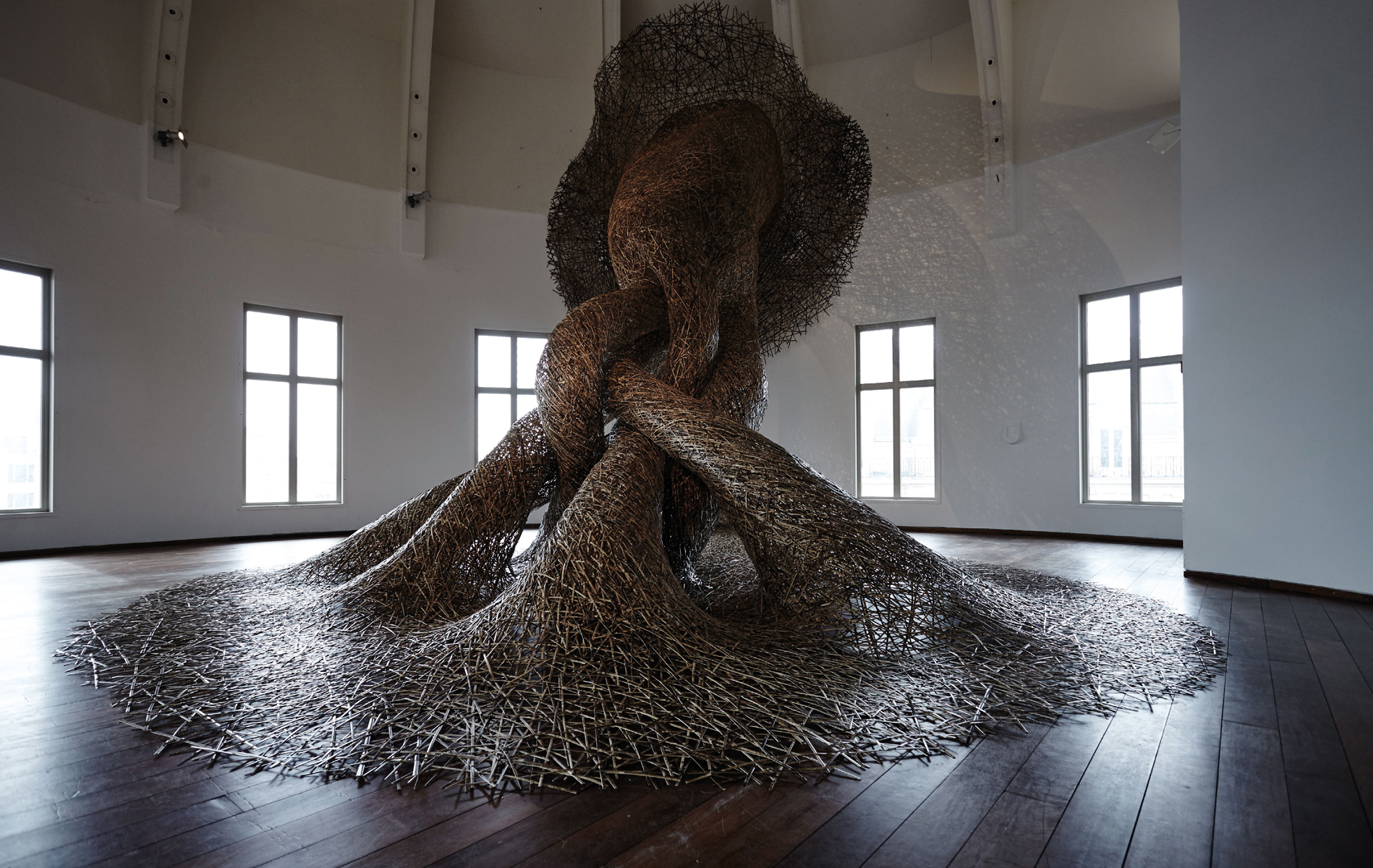 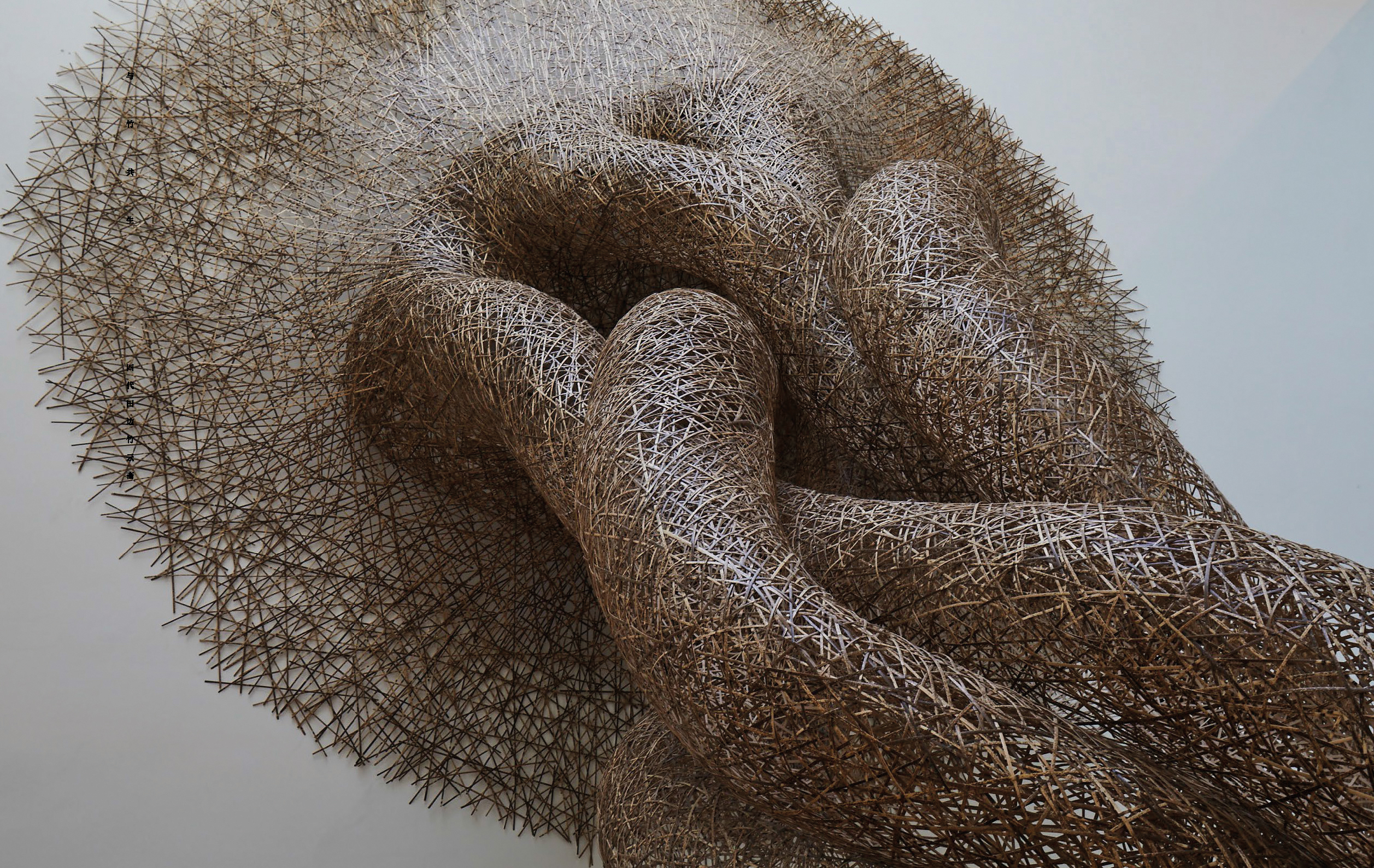 The bamboo: tall, strong and flexible. This fast-growing shoot has been used as a construction material, a foodstuff and fuel for millennia, from India to Japan. Tanabe Chikuunsai IV’s art elevates bamboo to new heights. By weaving together small pieces of fibrous stalk, he creates vast, detailed sculptures without the use of rivets or adhesives. Under Chikuunsai IV’s skilled craftsmanship, bamboo is more than a functional tool: it is modern art, a unifying symbol of Japanese culture. His sculptures revere traditional workmanship, while conveying important contemporary messages – the codependence of nature and man, and the importance of protecting our environment.

Part autobiography, part introduction to the craft, this monograph follows Chikuunsai IV’s growth from a child marvelling at his grandfather’s mastery of bamboo, to a maestro in his own right. Bamboo weaves his past to his present, providing a sturdy foundation on which his art continues to build.

“Love bamboos, live with bamboos,” says Chikuunsai IV. As this book demonstrates, he has done precisely that.

Since the day he scarred his thumb as a child, imitating the way artisans chopped their stalks, Tanabe Chikuunsai IV’s life has had a bamboo core. While he knew he wanted to work with bamboo from a young age, he initially dedicated himself to other forms of Japanese art, such as tea ceremony, flower arranging, calligraphy and Noh dancing. His later bamboo works draw on this strong cultural substructure. Chikuunsai IV’s work has crossed the world, from Sakai Municipal Machiya Historical Museum in Japan, to Musée Guimet, Paris, the TAI Modern in Santa Fe and his yearly exhibit at the Seattle Asian Art Museum. He has played an instrumental role in introducing bamboo art to the West. 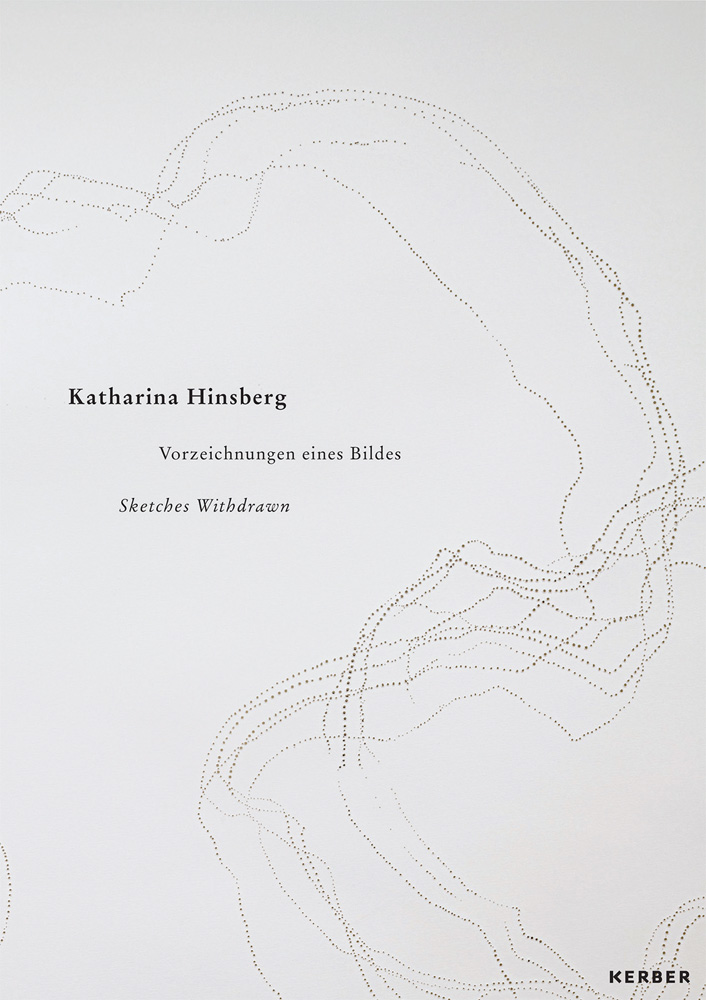 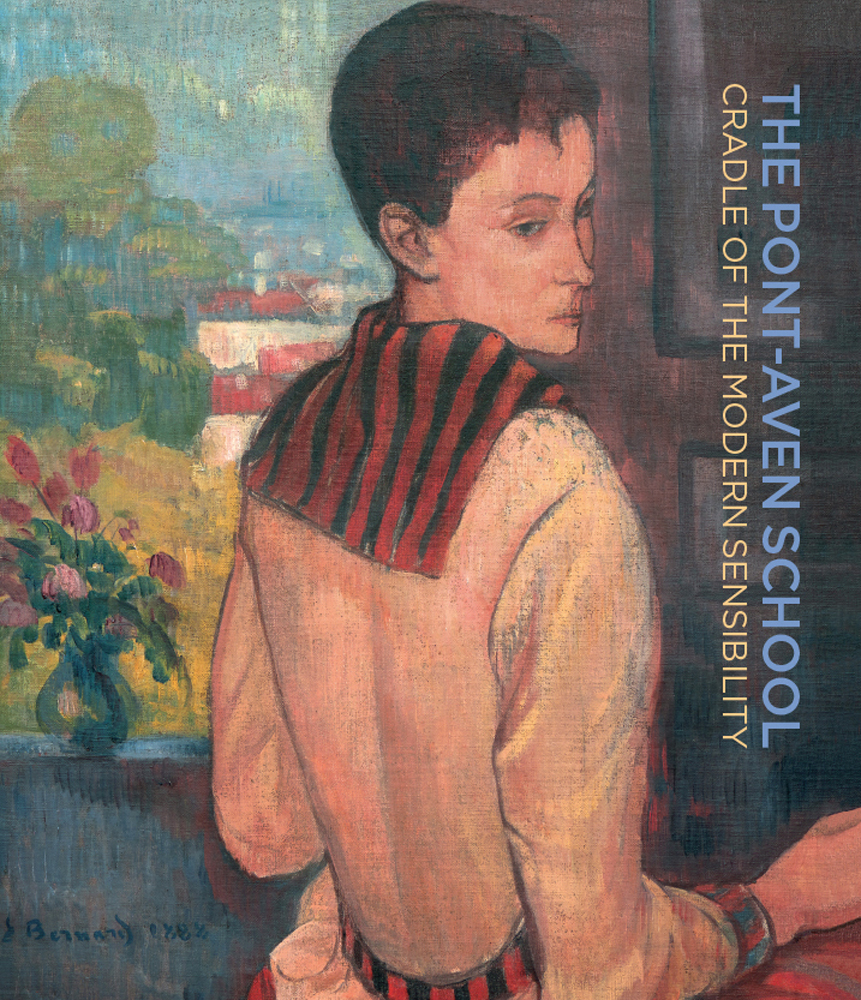 The Pont-Aven School - Cradle of the Modern Sensibility 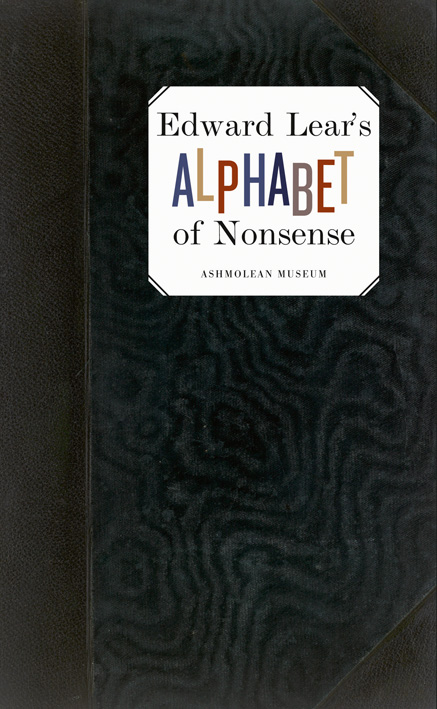 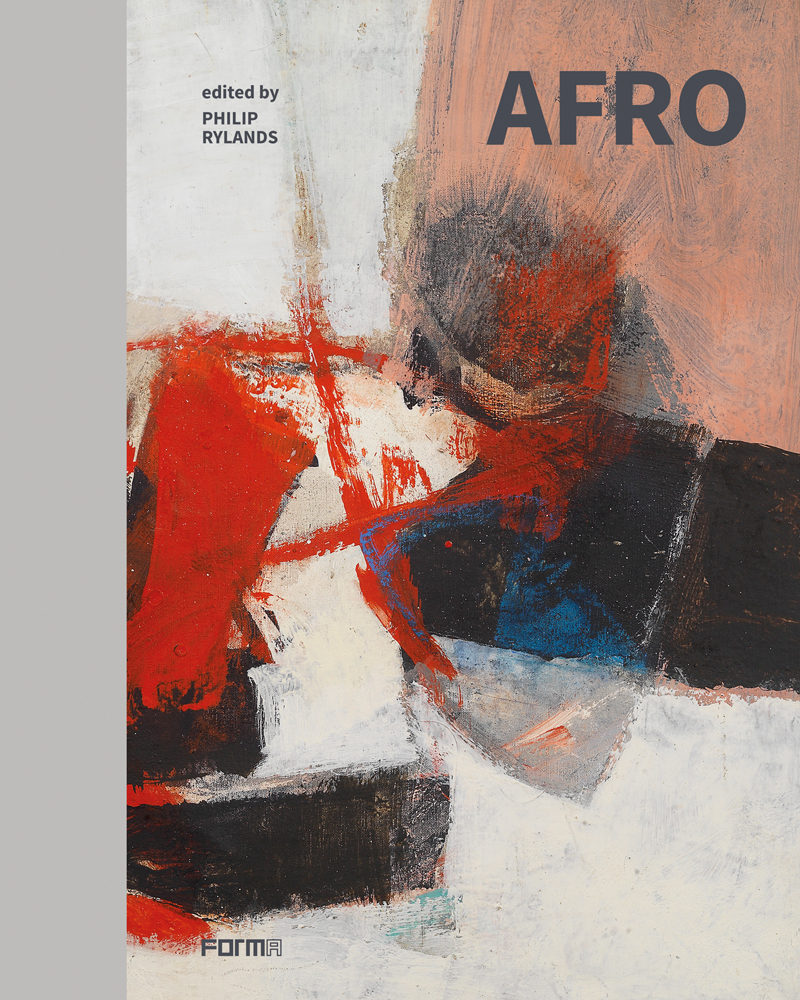