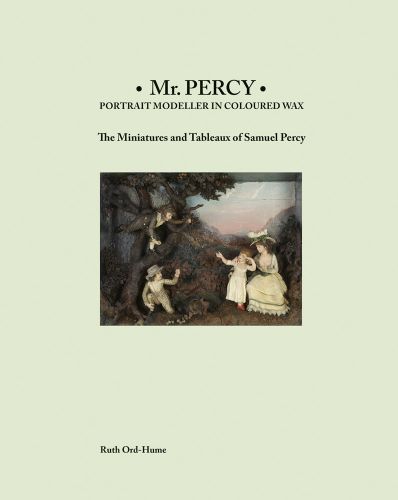 This is the first biography and reference book dedicated to Samuel Percy, a modeller who produced an impressive oeuvre of wax portraits and tableaux in the mid-to-late eighteenth and early nineteenth century. Based in part on the author’s own substantial collection of Percy waxes, this book follows Percy from his beginnings in Dublin, at the Dublin Society Drawing Schools, working with the famed statuary John Van Nost; to England, where he journeyed from town to town, putting advertisements in regional newspapers. These revealing advertisements have been gathered here for the first time, in order to track his travels. Whether taking the likeness of Princess Charlotte of Wales, or falling victim to a highway robber in Birmingham, these fragments of Percy’s history paint a fascinating picture of his life as a wandering artisan. As well as a chronological narrative of Percy’s life, this book commits an entire chapter to an area of his work that has never been studied before: his miniature tableaux. These portray various subjects, both religious and secular, from Christ on the Cross to playing children. They are catalogued in an appendix, and almost thirty are illustrated. Based entirely on original research, Mr. Percy: Portrait Modeller in Coloured Wax features over a hundred illustrations, celebrating both Percy’s accomplishments and the works of other modellers for comparison.