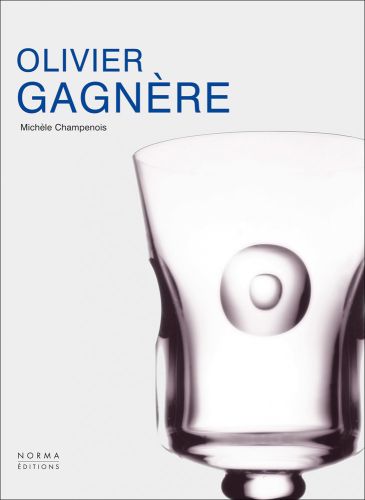 Olivier Gagnère appeared on the French design scene in the 1980s.  Through his contact with the Memphis group of Ettore Sottsass in Milan, he developed his spirit of fantasy, great formal liberty, all with a touch of humour. In Japan, on the island of Kyushu, he immersed himself in the ancestral craftsmanship of the porcelain makers in the studios of Arita.

He designed his earliest pieces of furniture for Artelano and Pierre Staudenmeyer’s Galerie Néotù. He went on to collaborate with the Galerie Maeght to create works in Murano glass and with the Galerie Edition Limitée for works in earthenware. In 1994, his designs for the interior of the café Marly, in the Louvre, brought him great renown and have led to many collaborations with crystal works Saint-Louis, porcelain manufacturer Bernardaud, En attendant les Barbares… With Olivier Gagnère’s artful mastery of every material, he is just as at ease working with porcelain as with iron, crystal, wood, leather or bronze. He blends simple and timeless forms with carefully sized volumes, in a range of bright contrasting colours. Steeped in the most classical traditions, he marks every one of his creations with a gesture, a demeanor that is a signature of his times.

Michèle Champenois is a journalist and architect and design critic. At Le Monde, in the 1980s, then at Le Monde 2, the magazine, from 2004 to 2009, she followed the latest trends in these fields. She has collaborated on other publications, such as L'Architecture d'aujourd'hui, and radio broadcasts for France-Culture. She is the author of Andree Putman, ambassadrice du style (Skira Flammarion, 2010) and Marc Held, 50 years of Design (Norma, 2015).