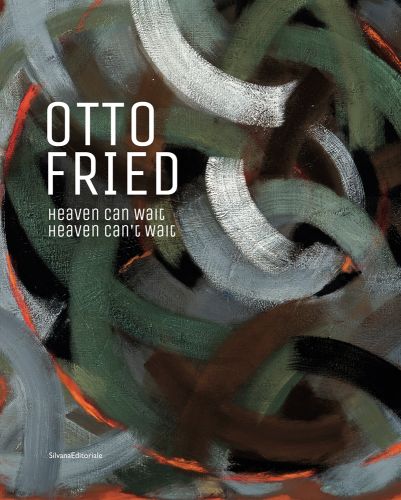 Otto Fried was born in Koblenz in 1922. Due to the emerging anti-Semitism in Germany, his family sent him to the United States, where he arrived in Portland, Oregon, United States in 1936. In 1943 he joined the U.S. Army Air Corps and was deployed to various theatres of war in India, China and Burma. Upon his return, he enrolled in the Art and Architecture Department at the University of Oregon in 1947.

At the end of 1949 he travelled to France to work with Fernand Léger, in whose studio he worked for two years. In 1951 he received his first solo exhibition in the American Library in Paris. Works by him were shown in New York as early as 1952. The Metropolitan Museum of Art, NY, bought a monotype for the permanent collection in 1960.

The exhibition catalogue offers an overview on Otto Fried’s career: works from the early days (1950s), which are presented with a few oil paintings and almost cubist-like drawings, form the foundation of an almost exclusively abstract visual language that the artist developed later. Compositions based primarily on cosmic disks and circles, of which Fried formulates numerous variations that are very lively in colour. This creates interweaving of depth and space, of a mostly melodic sound, which he concentrates in the center of the picture and allows it to subside towards the edges. Some sculptures expand the view of his work, which is multifaceted and varied to the present day. Text in English and German.
Specifications