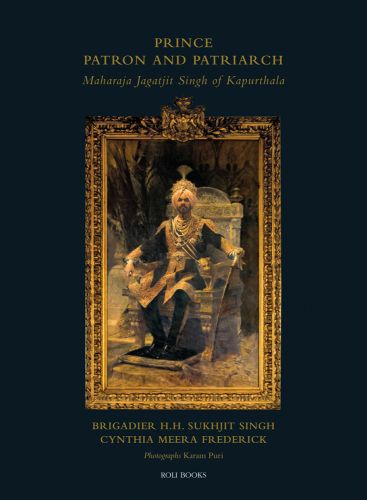 The historical crossroads which saw India’s transition from British Imperial rule to Independence and a democracy, coincided with the fascinating life of Maharaja Jagatjit Singh, the last ruler of the erstwhile Princely State of Kapurthala (1872-1949). He was witness to some of the most epochal events, both within India and across the global stage during his distinguished reign, which spanned almost 60 years. Maharaja Jagatjit Singh was held in universal esteem and still commands respect as one of the best-known and most legendary of the ruling Indian princes of the late 19th and early 20th centuries. Prince, Patron and Patriarch explores the many hues and dimensions of his life, character, and achievements, encapsulated as a renowned traveler, an erudite ruler, a Francophile, and a benevolent patriarch, devoted to his family and his constituents. This book recreates his abundant life and gracious world by surveying the aesthetics and geo-political events of Kapurthala State under his patronage. The monograph of this extraordinary life and dynamic personality is presented with components of a family album, historic journal, along with a design diary owing to the Maharaja’s renown as an aficionado of architecture. It also bears elements of a personal memoir, owed largely to the insights shared by Brigadier Sukhjit Singh, who vividly reminisces about his illustrious grandfather.

Brigadier H.H. Sukhjit Singh is the ninth titular Maharaja of Kapurthala. Educated at the Doon School, he went on to attend the Indian Military Academy, Dehra Dun. He was commissioned into the Armoured Corps, the Scinde Horse Regiment of the Indian Army and is also an honorary member of the fabled Sikh Regiment. He was awarded the Maha Vir Chakra for his gallantry whilst commanding the Scinde Horse during the 1971 Indo-Pakistan conflict. He rose to the rank of Brigadier and upon retirement, has been active in a number of philanthropic and charitable endeavours associated with education, religion, social welfare, heritage preservation, environmental issues and in the rehabilitation and welfare of retired military personnel. Chief Advisor to the Maharaja of Kapurthala, Cynthia Meera Frederick holds a B.A. in Art History from Wheaton College and has also worked with museums and private collections in the USA and in India. She is now responsible for the preservation of the Kapurthala private archives and is active in addressing heritage issues in Kapurthala as well as the state of Punjab. As a consultant to various production houses, including TV5 France and the BBC, she has helped in the creation of programmes and films depicting the region and is now collaborating on a visual production on Maharaja Jagatjit Singh.