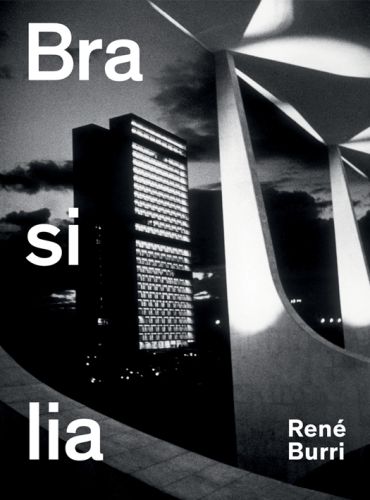 2010 marked the 50th anniversary of Brazil’s capital Brasilia. Architects Lúcio Costa and Oscar Niemeyer designed what has become the world’s most famous and widely studied urban planning project. Niemeyer’s Cathedral, his building for the National Congress and the city’s 707-ft television tower are icons of modern architecture. The entire city, marked by its cross-shaped layout and vast open spaces, was named a UNESCO World Heritage site in 1987. René Burri, celebrated Magnum photographer, visited Brasilia’s vast building sites for the first time in 1958. He returned many times over the years, documenting with his camera growth and further development of this built Utopia. Besides documenting the buildings in various stages of completion, Burri took portraits of Niemeyer and his workers and photographed Brasilia’s street scenes and people and aerial views of the city’s first slums. His images capture the strong sense of a new era and a vibrant atmosphere of hard work and strain; they reflect the huge dimensions of the landscape and the great scale of this project and its ambition to design and build a new capital. René Burri. Brasilia presents a large selection from hundreds of colour and black-and-white photographs, the majority of them published in this book for the first time. It allows the reader for the first time to look at one of the most extraordinary cities with the eyes of an exceptional photographer. Text in English & German.

About the Author
René Burri, born in Zurich in 1933, was educated as a photographer in the legendary photography class at the Zurich School of Art and Design 1949-1953. A member of Magnum agency from 1955, he soon became a highly renowned photographer in the heyday of photo-journalism, contributing to all the great and important newspapers and magazines internationally. He lives and still works in Paris and Zurich. Arthur Rüegg, born in Bülach (Switzerland) in 1942, graduated as an architect from the Swiss Federal Institute of Technology in Zurich. After working for various offices in Zurich, Paris and Boston he ran his own studio ARCOOP 1971-98. He has been a professor of architecture and building construction at the Swiss Federal Institute of Technology in Zurich 1991-2007. He has also published widely on architecture and architectural history in books and journals. Clarice Lispector (1920-1977), was born in Ukraine and moved to Brazil as a child with her parents. She studied law and later became a writer of literary and children's books.
Specifications