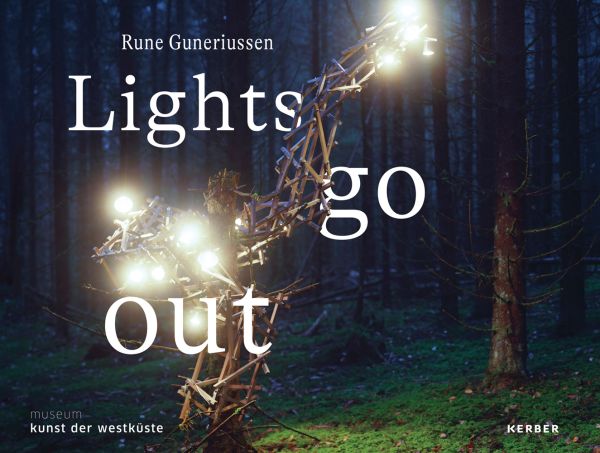 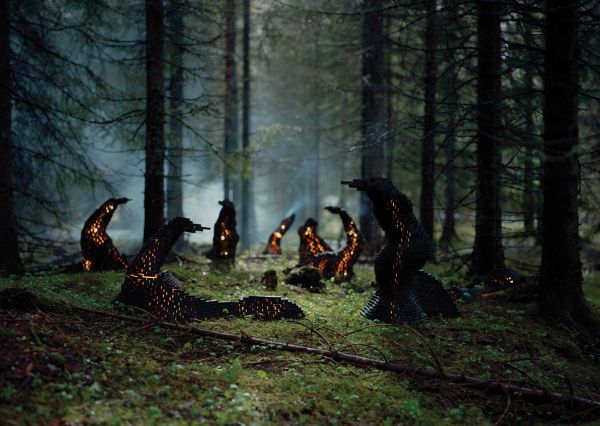 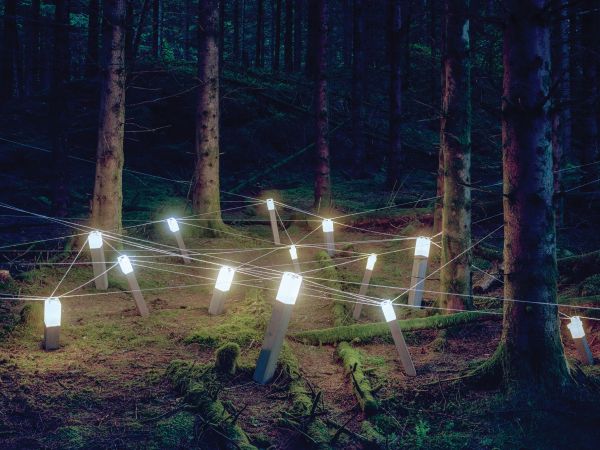 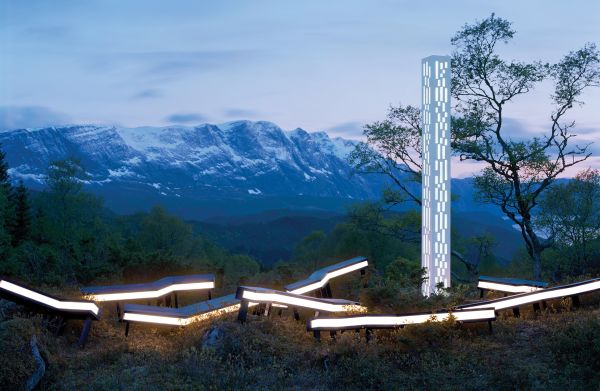 The Norwegian artist Rune Guneriussen (* 1977) was an artist-in-residence at the Museum Kunst der Westküste on the island of Föhr in 2018. He laid the cornerstone for the new work series Lights go out at several locations on the island. Further installations were subsequently created in the Danish coastal town of Skagen as well as in various regions of Norway. Guneriussen takes us on a journey through forests and wetlands, to bodies of water and stretches of coast. The self-constructed light objects look technoid and call to mind high-rise buildings, route markers, or mythical creatures. On the beach or in forest moss, they seem to be loosely distributed or austerely composed, and are photographed in the twilight of the blue hour. It is shown that the often fascinating-seeming balance between the manmade and nature of previous works becomes increasingly unstable in the new series Lights go out.