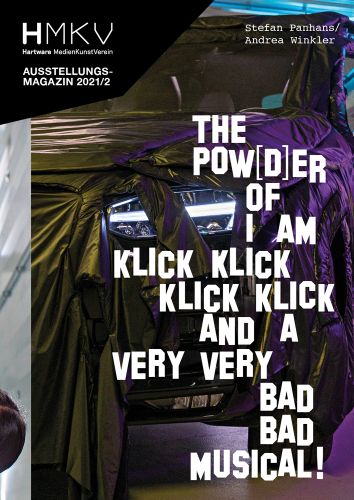 The title of the catalogue of works by the artist duo Stefan Panhans (Germany) and Andrea Winkler (Switzerland) is a nod to the rhetoric used by evangelical megachurches in the United States that preach a market-oriented, neoliberal ideology of individual self-optimisation under the guise of Christian pastoral care. The artists’ works touch on electric SUVs, communication with forms of artificial intelligence, racism in everyday life, celebrity cults, stereotypes, computer games, the “uncanny valley,” and other post-digital feedback loops between humans and virtual worlds, but also on the precarious condition of cultural sector workers.

Panhans and Winkler are masters at using a broad spectrum of artistic genres and media, such as novels, texts, performances, installations, miniseries, musicals, sculptures, objects, films, videos, and dance. Their video installations can be subsumed under what is known as “expanded cinema”: the displayed objects, which also appear in the videos, are presented in a way that allows the films to expand into the surrounding space, drawing viewers into the artwork.