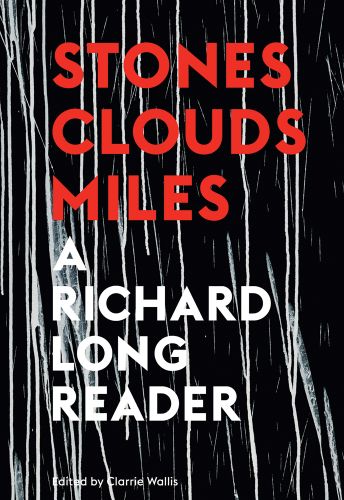 Charting Richard Long’s critical reception, this anthology of writings explores the artist’s radical rethinking of the relationship between art and landscape.

Widely considered as one of the most influential British artists of his generation, Long’s practice stems from his deep love of nature and the experience of making solitary walks. He first came to prominence in the late 1960s and is part of a generation of international artists that extended the possibilities of sculpture beyond traditional materials and methods.

This volume includes a coherent span of over 30 essays and reviews on the artist from the late 1960s to the present, drawn together here for the first time. Featuring the writings of renowned art historians and critics Germano Celant, Richard Cork and Charles Harrison; Nicholas Serota, chair of Arts Council England; and award-winning nature writer Robert Macfarlane, among many others.

The texts are accompanied by a selection of the artist’s own statements, key interviews, as well as an introductory essay by Clarrie Wallis that examines Long’s unique position within postwar art history.

Richard Long (b.1945) is an English sculptor and one of the best-known British Land artists. His work is typically made of earth, rock, mud, stone and other nature-derived materials and has extended the category of sculpture to include performance and conceptual practices. His work is on permanent display in Britain at the Tate and Bristol City Museum and Art Gallery as well as galleries in America, Switzerland and Australia. Long is the only artist to have been short-listed four times for the Turner Prize, winning the award in 1989. He lives and works in Bristol, the city in which he was born.

Clarrie Wallis is a British curator. In 2021 she was appointed Director of Turner Contemporary, Margate. She was formerly Senior Curator of Contemporary Art (British) at Tate. She has curated many landmark exhibitions on artists including Mark Leckey, Mike Nelson, Cerith Wyn Evans, Tacita Dean and Richard Long.