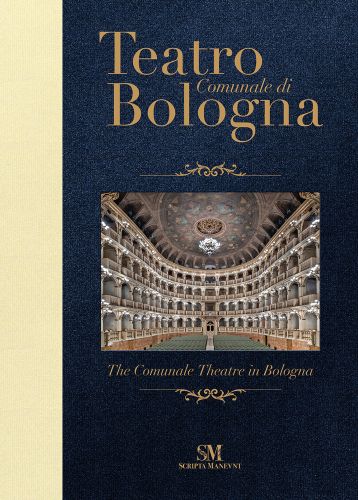 The beautifully illustrated pocket edition is an editorial tribute to the history of the Comunale Theatre in Bologna, a city institution of international fame. With previously unpublished and richly detailed images and complementary texts by Professor Piero Mioli, this publication celebrates the theatre’s great and unique story. Also included is a rich photographic array from the theatre’s historical archives featuring posters, stage photos, sketches, drawings and figurine plates, which have been hidden from public view, until now.

Author:
Prof. Piero Mioli is from Bologna and teaches history of music. He is Counsellor of the Accademia Filarmonica and President of the cappella dei Servi and writes for the newspaper Resto del Carlino. He has written essays and books on Padre Martini, Rossini, Gluck, Donizetti, Verdi, and on the Opera. He has also edited a manual on the history of music, several conference proceedings and complete editions of librettos by Verdi, Mozart, Bellini, Rossini and Wagner. Among his latest books, in addition to the reissue of the Dizionario di musica classica in two volumes (BUR), Il melodramma romantico (Mursia) and L'opera italiana del Novecento (Manzoni).

Photography:
Carlo Vannini is one of the greatest Italian art photographers. His work has been published in volumes and magazines and he has collaborated with advertising agencies and other communication companies. Vannini is also a Professor of Photography for Cultural Heritage at the Academy of Fine Arts in Bologna.

Under the patronage of the Municipality of Bologna.
In collaboration with International Museum and Library of the Music in Bologna.