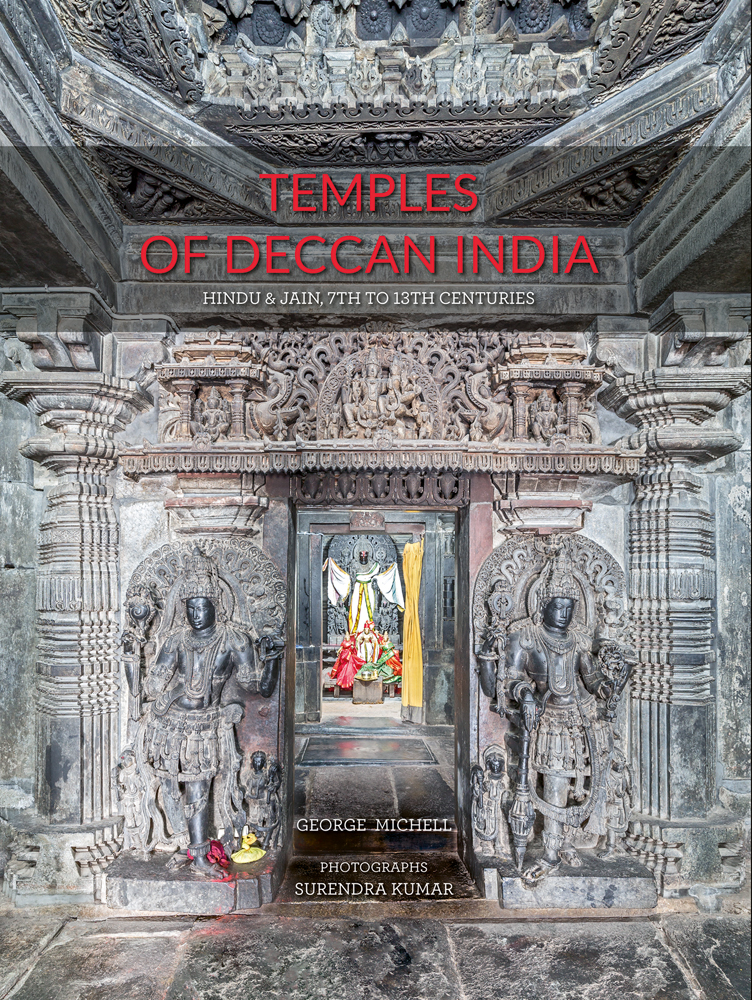 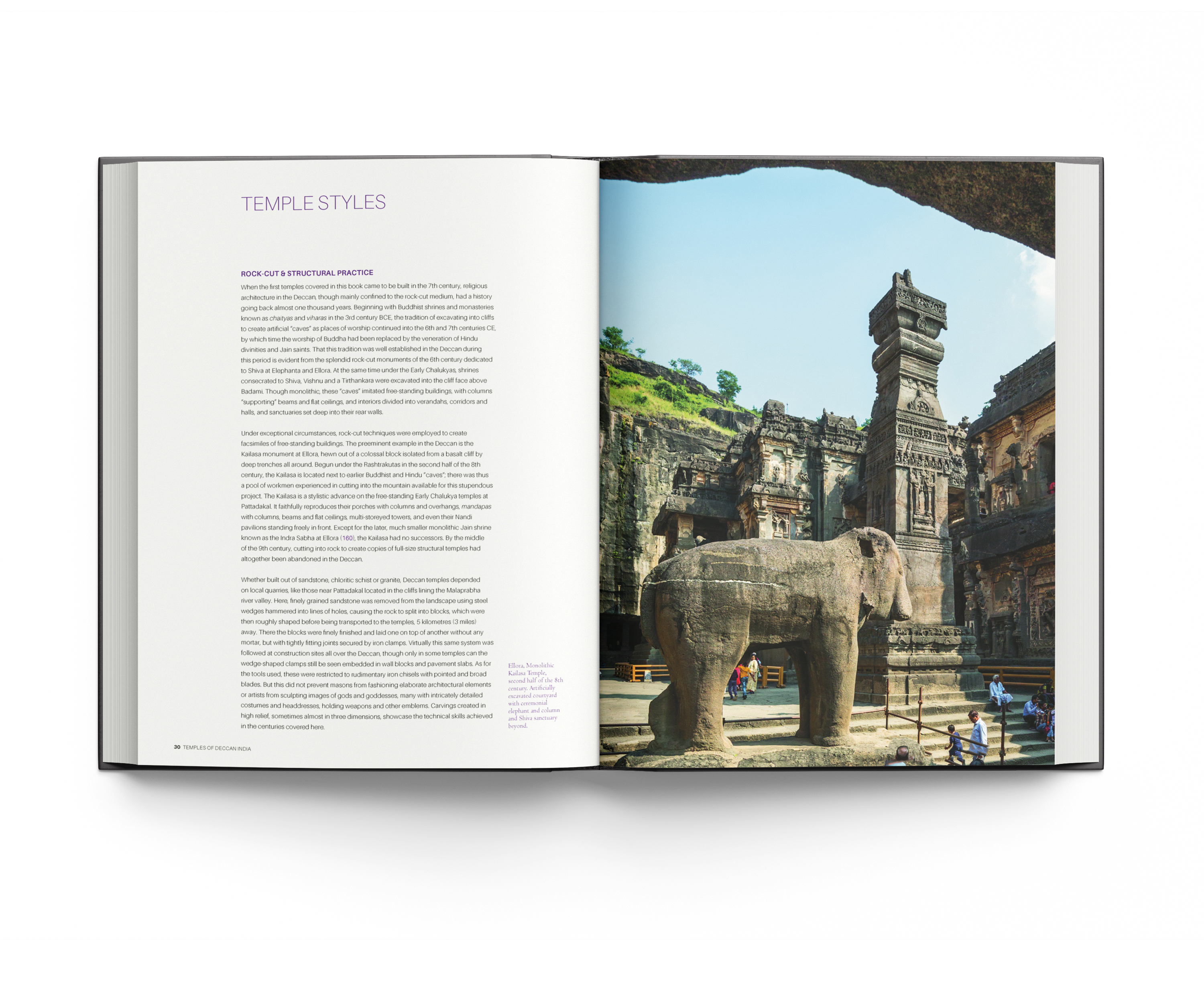 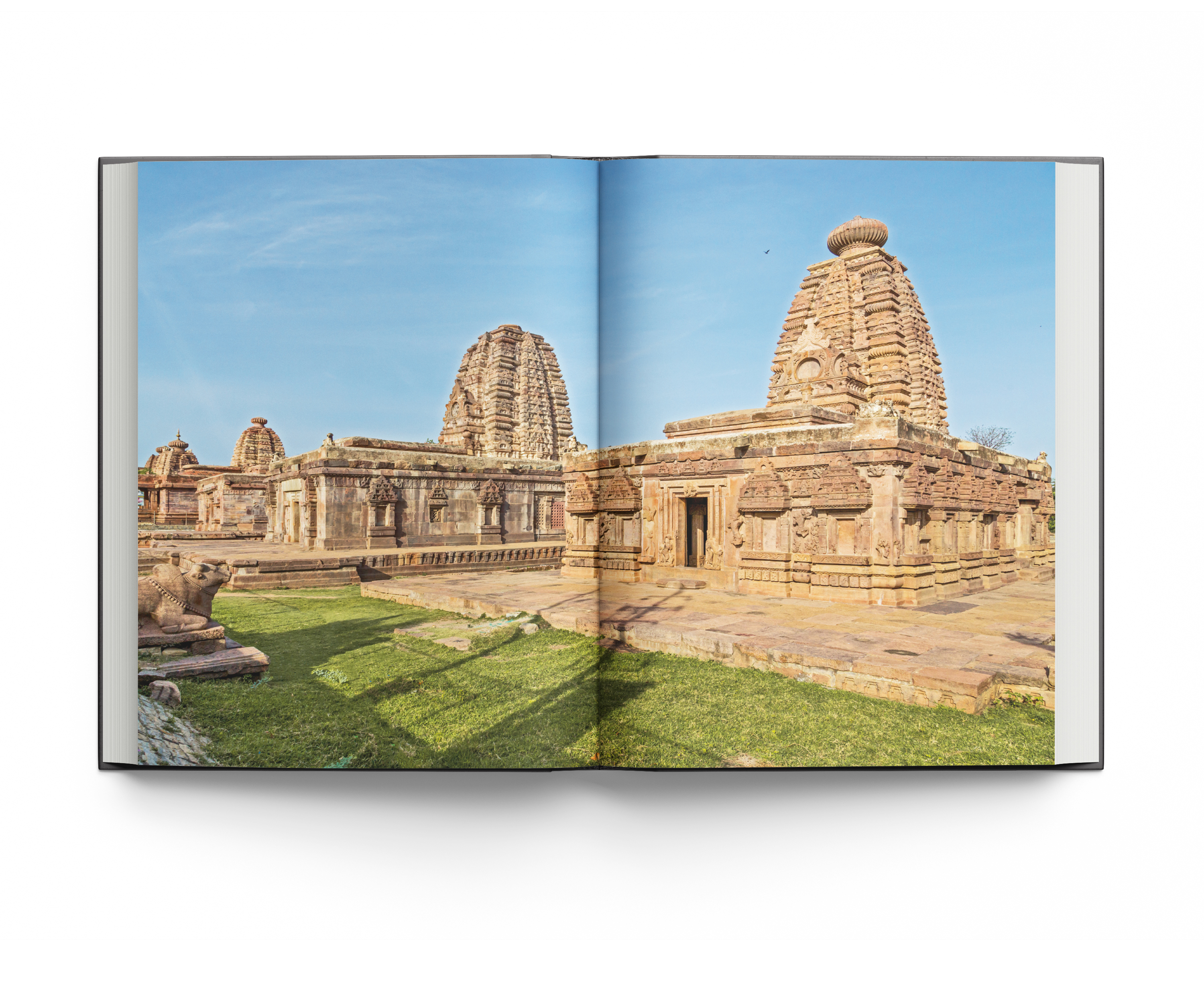 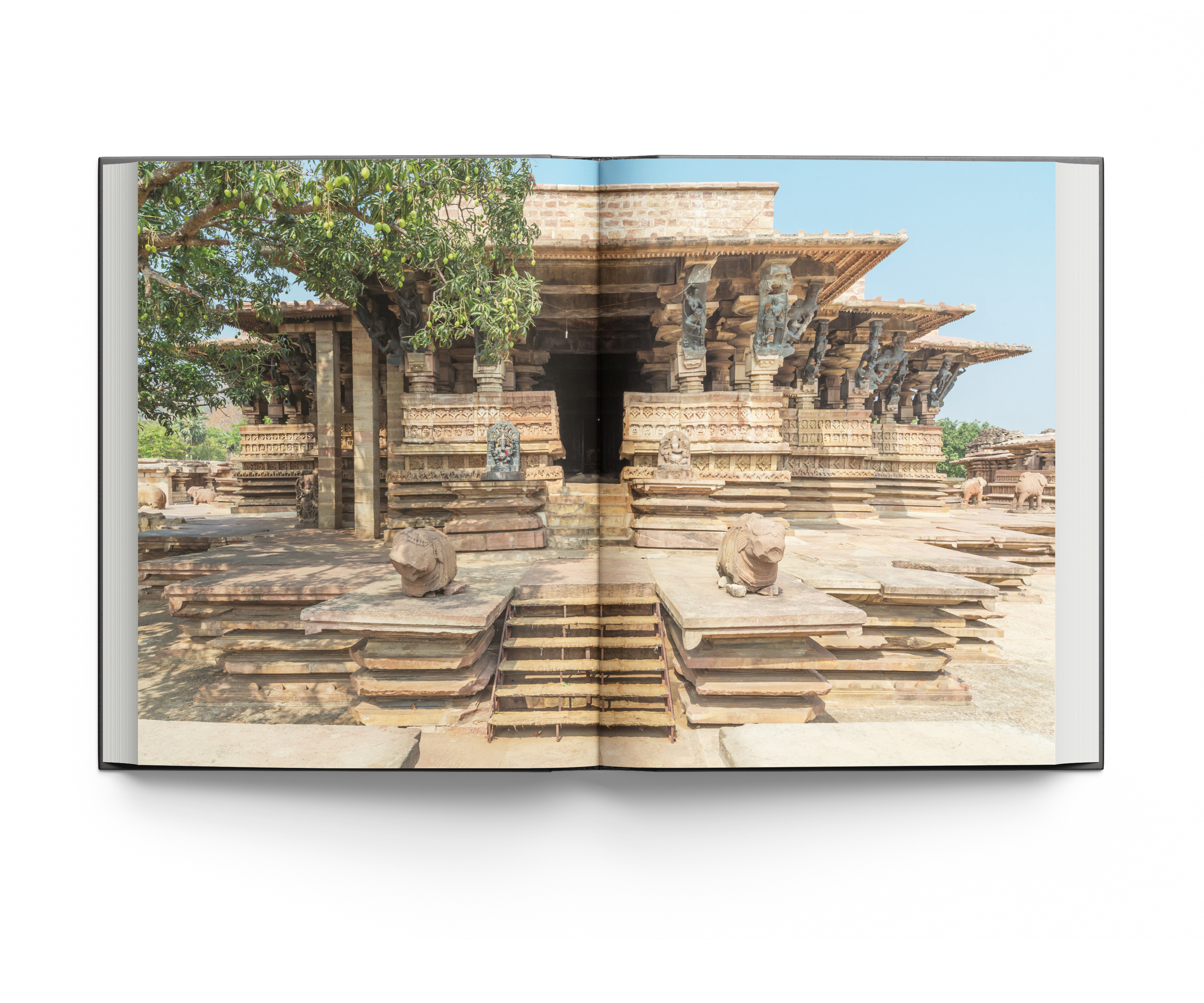 This beautifully illustrated book showcases the Hindu and Jain temples of Maharashtra, Telangana, Andhra Pradesh and Karnataka built prior to the invasion of peninsular India by the Delhi sultans at the end of the 13th century. Unlike temples in many other parts of India, those of the Deccan are well preserved, with their wealth of figural and decorative carvings miraculously intact. They demonstrate the development of Indian sacred architecture and art over a span of more than 600 years.

Focusing on some 50 historical sites, the Temples of Deccan India begins with artificially excavated “cave” shrines dedicated to various Hindu deities, before proceeding on to examine free-standing Hindu and Jain monuments sponsored by successive rulers of the Deccan. Attention is paid to the beautiful sculptures found on temple basements, walls, brackets and ceilings. Carved in crisp relief, and sometimes even in three dimensions, these carvings are among the greatest glories of Indian stone art.

Among the featured highlights are the cave temple on the island of Elephanta, with its stupendous representation of three-headed Sadashiva; the colossal, monolithic Kailasa temple at Ellora, a technical feat unsurpassed in the entire history of Indian architecture; the magnificent columned pavilion at Hanamkonda, now currently being reconstructed; and the temple at Belur, with its exquisitely carved female figural brackets. Specially commissioned plans of temple layouts accompany 300+ photographs. and clarify the succession of dynasties that governed the Deccan during the centuries covered here. Maps locate the temple sites, while passages of text illuminate the succession of dynasties that governed the Deccan from the 7th to 13th centuries. Educational, accessible and beautifully illustrated, this book will be of interest to anyone fascinated by Indian architecture.

George Michell received a Bachelor of Architecture degree from the University of Melbourne in 1968. He then turned his attention to India, obtaining his Ph.D. in 1974 from the School of Oriental African Studies, University of London. Since then his research has ranged from surveys of town planning and Islamic buildings to detailed studies of temple architecture and sculpture, especially in southern India and the Deccan. During the 1980s and 1990s, he and the American archaeologist Dr John M. Fritz co-directed an extensive survey of the medieval Hindu site of Hampi-Vijayanagara in Karnataka. George has published extensively. Among his most recent volumes are: Mughal Architecture and Gardens (London and New York: Antique Collectors Club, 2011), Late Temple Architecture of India, 15th to 19th Centuries, (New Delhi: Oxford University Press, 2015); and, together with Helen Philon, Islamic Architecture of the Deccan, India (London: ACC Art Books Ltd., 2018).