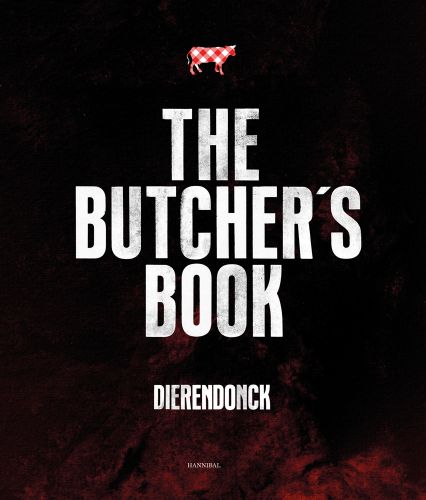 “Eating less meat, but better quality: that is the future of traditional craft butchery. Dierendonck today stands for craft, terroir and passion. With this book I want to pay tribute to all farmers who raise their animals with respect for nature, and to everyone working in the butchery trade, working day and night in cold rooms, surrounding by four walls.” – Hendrik Dierendonck

Hendrik and his father Raymond Dierendonck have grown in recent years into the benchmark for everything to do with meat. They supply only the highest quality and are followed by any number of top chefs. Dierendonck is one of the pioneers of the international ‘nose-to-tail’ philosophy, in which literally every part of the slaughtered animal is utilised. He has specialised particularly in the processing and maturing of exceptional meat, including from the Belgian Red cattle breed from West Flanders.

Enjoy the most delicious classic cuts from the butcher’s counter; wonder at the craft and skill of the butcher; and learn to process and prepare meat in the Dierendonck style from the dozens of adventurous and timeless recipes in this book. The Butcher’s Book has grown into a true cult publication in recent years and has now been supplemented with more than 20 achievable, refined recipes from his starred restaurant Carcasse.

In 1970, my father Raymond and my mother Anneke opened a business together. They started out small, in Sint-Idesbald – a popular little seaside village between De Panne and Koksijde. The fact that the villagers decamped to the sugar factory in Veurne during the winter months gave my father time to expand his business. He immersed himself in the world of cattle breeding.

Within a few years, he had acquired thirty cows, some chickens and several pastures. He’d gone for Maine-Anjou cattle because he didn’t like the Belgian Blue breed, finding their meat tender but lacking in flavour. Maine-Anjou, on the other hand, has juicy, marbled red meat. Its fattiness gives it its taste. Fat is always a combination of an animal’s breed, a farmer’s know-how and a proper diet. Animals should be kept out in the open air. My father’s cows grazed right here, in the polders. They still do today, in fact. This place has excellent grass. The ocean breeze and salty air all play a role in quality and taste. Grass is nature on your plate. Animals fed on nothing but grass produce meat with real flavour. We’ve always been passionate about flavour. - Hendrik Dierendonck