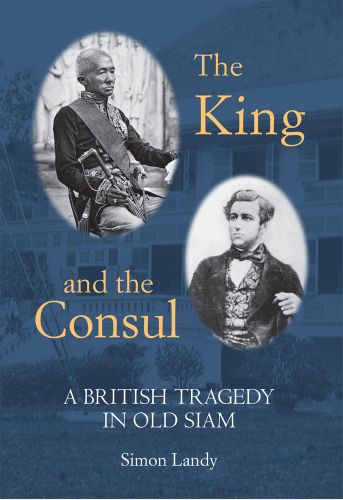 The King and the Consul

A British Tragedy in Old Siam

In 1856, just months after Britain and Siam had finalised the historic Bowring trade treaty that would prevent the countries colonisation, the violent death of a Siamese official at the new British consulate threatens to scuttle the deal and lead to war. The King and the Consul explores UK and Thai archives to reveal the twists, turns and tensions of this little-known episode that pitted Thailand’s renowned King Mongkut, Rama IV, against the first British Consul, Charles Hillier. The crisis was resolved without war, but not without cost for the participants who suffered unintended tragic outcomes. By examining the background to this tragedy, the book reveals how history has often overlooked the importance of an issue that lay behind it the right of foreigners to own land in the country, and issue that continues to be a thorn in the side of Thailand’s foreign relations to this day.

“The tragic deaths in 1856 of the first British consul to Siam and a Siamese official had an unusual impact on Thailand‘s property law and Britain’s diplomatic presence in the country. This intriguing book could only be written by someone with long residence in Bangkok, through knowledge of Thailand’s property law, and enthusiasm for history. Simon Landy gives us a slice of legal and diplomatic history with close attention to its human dimensions. An unusual and lovely read” – Chris Baker