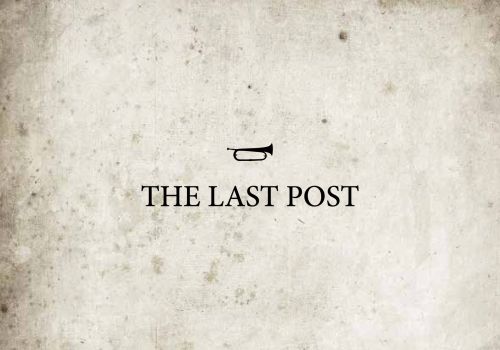 After the First World War, the town of Ypres was reduced to ruins. It was literally rebuilt from the ground up. The Menin Gate was also restored; the place where tens of thousands of soldiers left for the Front, never to return. Today the Menin Gate is inscribed with the names of 55,000 soldiers from across the British Empire. It is a monument for those who fell and were forever lost, those who could not be buried. Their names are ordered hierarchically by unit and rank, but many of these men were conscripted civilians, not professional soldiers, serving their country only for the duration of the war. The Menin Gate is recent, living history and still an extremely evocative and haunting place. Thousands of men, fathers, sons, brothers…a whole generation lost, but not forgotten. Every day at 20.00 hrs, a lone bugler at the Menin Gate sounds the Last Post and the fallen are remembered. Text in English, Dutch and French.