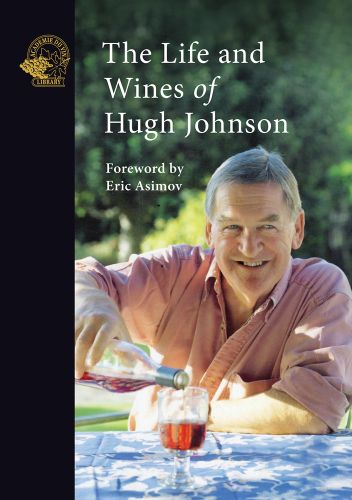 The Life and Wines of Hugh Johnson

﻿“This is an inspirational book well worth your time.” — Eric Asimov on Instagram

﻿“If you want to learn about wine, switch off your phone, buy these two books and enjoy them with a nice glass of something.” — The Critic

“This is a don’t-miss book for people who plan their travels around vineyards.” — Washington Post

“This is one of the best books on wine ever written.” — Sommelier India

In this unique approach to understanding wine, Hugh Johnson, the world’s best-loved wine author, weaves the story of his own epic wine journey with an embracing view of everything he has discovered along the way. Almost without realising it, the reader is drawn into a fascinating world; with each page turned, knowledge is gained and wine wisdom absorbed. Hugh takes us from the teetering ledges of the Mosel and majestic châteaux of the Médoc to the sylvan slopes of Windsor Great Park with a spring in his step and a tasting glass at the ready.

No one writes so infectiously on every aspect of wine, whether human or cultural, technical or historical. This book is peppered with anecdotes and personal recollections, infused with the sheer delight Hugh finds in his subject. It is a book with a story to tell and a mastery of wine to impart.

In 2007 Hugh Johnson received an OBE in the Queen's New Year's Honours list. His OBE was awarded for services to wine making and horticulture. In April 2004 Hugh was honoured with the title of Chevalier de l'Ordre National du Mérite, one of the highest tributes bestowed by the French Government. The medal was presented to Hugh for his significant contribution to the appreciation and understanding of France and its wines.